Namrita, a medical student in Larkana area of Pakistan, was found dead under mysterious circumstances inside her hostel room at Bibi Asifa Dental College in Larkana.

New Delhi: The Pakistan government has ordered a judicial inquiry into the murder of Hindu girl Namrita Chandani, who was found dead in her hostel in Pakistan's Sindh with a rope tied to her neck, on Tuesday. Ordering the inquiry, the government sough a report in the matter within 30 days.

Namrita, a medical student in Larkana area of Pakistan, was found dead under mysterious circumstances inside her hostel room at Bibi Asifa Dental College in Larkana. While it is suspected that she committed suicide, the police are probing all other possible angles. 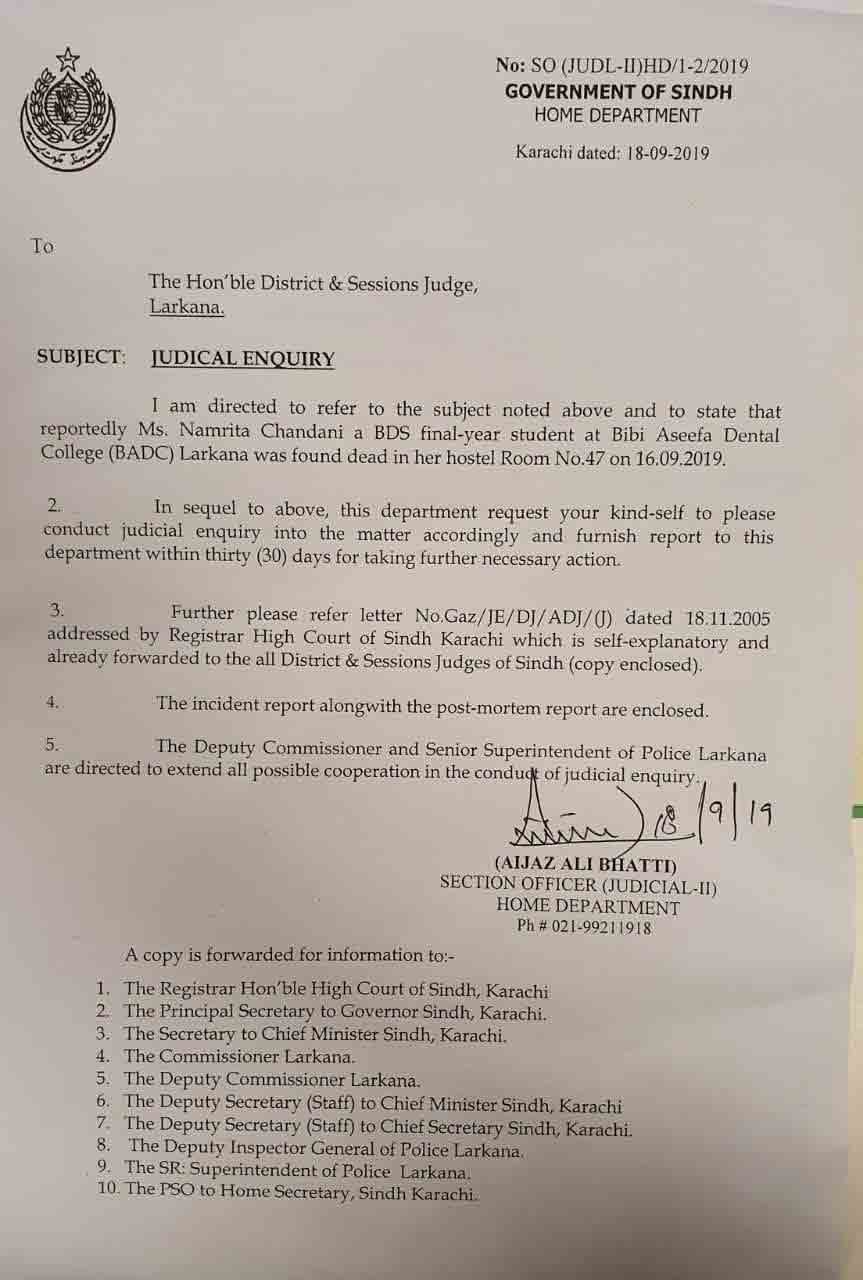 Namrita's body was found lying on a charpoy with rope tied around her neck while her room was locked from inside. The incident was reported to the police after other hostel inmates found her room locked. They knocked continuously and even shouted her name but Namrita did not respond.

A case was registered in the local police station and an inquiry has been initiated into the incident.

The incident occurred just a day after violence against minority community members was reported from Ghotki, the region where the deceased hailed from.