Qureshi expressed concern over rising tensions, threatening the stability of an already volatile region, as he underscored that any miscalculation or accident could escalate the tensions to a dangerous level, the Foreign Office (FO) said. 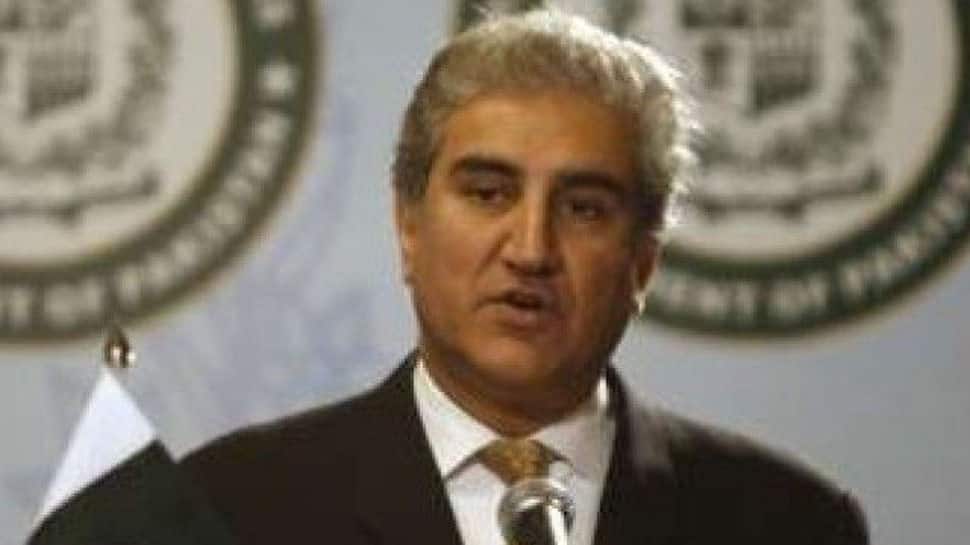 Islamabad: Amid tense relations between the US and Iran, Pakistan on Friday urged all stakeholders to demonstrate patience and tolerance. Pakistan Foreign Minister Shah Mehmood Qureshi said Islamabad wants resolution of all outstanding issues through diplomatic engagement as he held talks with his Iranian counterpart Javad Zarif.

Zarif's visit has come amid a simmering crisis between Iran and the US which recently threatened Tehran with the "strongest sanctions in history" if it does not give up its nuclear weapons programme and destabilising behaviour in the region.

Qureshi expressed concern over rising tensions, threatening the stability of an already volatile region, as he underscored that any miscalculation or accident could escalate the tensions to a dangerous level, the Foreign Office (FO) said.

"He also emphasised that Pakistan did not favour a conflict and believed that all sides should exercise maximum restraint and work in a spirit of easing the tensions," it said.
Qureshi said Pakistan would continue its reconciliatory efforts to reduce tension and ensure peace and stability prevails in the region.

The foreign minister said all stakeholders needed to demonstrate patience and tolerance. Underscoring the utility of the Joint Comprehensive Plan of Action (JCPoA), Qureshi said that the agreement was a good example of negotiated settlement of complex issues through diplomatic means.

"Faithful implementation of obligations by all parties was vitally important," he said. Qureshi conveyed that Pakistan was ready to work with all sides to help lower tensions and preserve peace and stability in the region.

The FO said that the two sides discussed recent tensions which were undermining peace and stability in the region.

Zarif said his country values Pakistan's efforts for establishing peace in the region. He also called on Prime Minister Imran Khan and discussed the bilateral relations, the Radio Pakistan reported. He also met Chief of Army Staff General Qamar Javed Bajwa and discussed matters of mutual interest and evolving situation in the region.

The Pakistan Army said the "COAS said that war is not in anyone's interest and all sides need to make efforts to keep conflict away from the region.

US National Security Advisor John Bolton warned earlier this month that the US had deployed an aircraft carrier strike group and a bomber task force in the Middle East to send a "clear and unmistakable" message to Iran that any attack on American interests or its allies will be met with "unrelenting force".

The announcement had come after US President Donald Trump last month refused to give waivers to countries like India from buying oil from Iran, in an attempt to reduce Iran's oil exports to zero.

The US is seeking to ramp up pressure on Iran to counter what the White House perceives to be a potential threat.

Last month, the US designated Iran's Revolutionary Guard a Foreign Terrorist Organisation, the first time the designation has been applied to a government entity. The designation categorises Iran's military alongside groups like ISIS, al Qaeda, Hezbollah and Hamas.

The Trump administration insists that it is not seeking to topple Iran's Islamist regime, but that it only seeks to push the government to stop supporting proxy militias and terrorist groups and otherwise change its behaviour.

Some of the administration's critics, however, fear that its actions and rhetoric could provoke the Iranians in a manner that may lead to a military confrontation.