The announcement was based on the results of laboratory tests requested by Agriculture Secretary William Dar after reports last month of an unusual number of pig deaths in backyard farms in Rizal province. 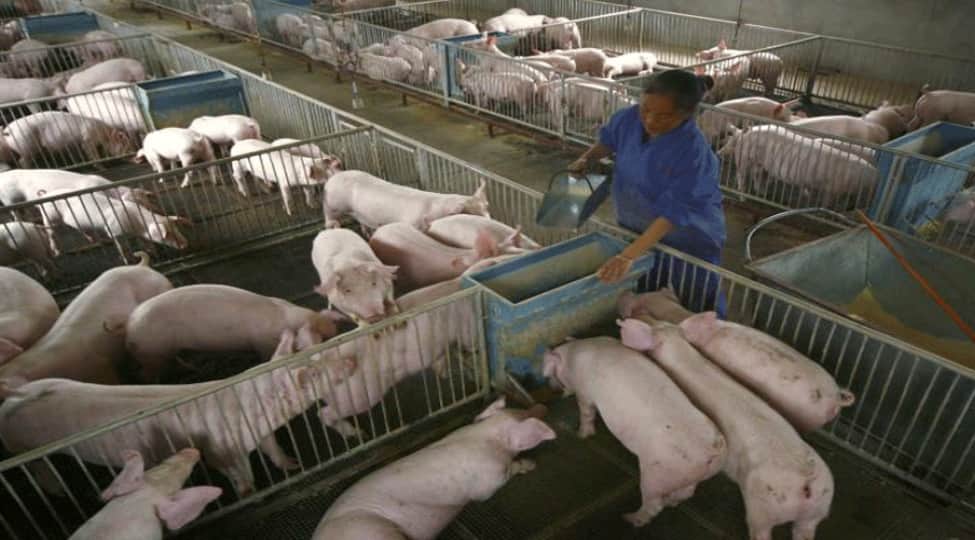 Manila: Dead pigs found in some backyard farms in the Philippines tested positive for African swine fever, the country`s agriculture chief said on Monday, the first outbreak of the virus detected in the world's 10th largest pork consumer.

The announcement was based on the results of laboratory tests requested by Agriculture Secretary William Dar after reports last month of an unusual number of pig deaths in backyard farms in Rizal province, near the Philippine capital of Manila.

The Philippines, the world`s seventh largest pork importer, is the latest Asian nation to be hit by African swine fever despite efforts to protect its $5 billion hog industry that included a ban on pork imports.

"Out of the 20 blood samples (sent to the United Kingdom for testing), 14 are positive with African swine fever," he said in a media briefing.

Dar said further tests were needed to determine how virulent the strain found in the local hogs is. There is no cure or vaccine for the deadly and highly contagious disease, which does not affect people.

As of July 1, the Philippine swine herd was estimated at 12.7 million heads, including about 8 million pigs in backyard farms and 4.7 million in commercial farms, according to government data.

More than 7,000 hogs have been culled in the affected areas, some of them buried alive, Dar said.

The Philippines has so far banned pork and pork-based products from more than a dozen countries, including Vietnam, Laos and China. In China, the world`s biggest pork consumer, the outbreak has spread through every province and region of the mainland, as well as to Hong Kong and Hainan island, reducing the size of the country`s hog herd by one-third.

Inside the country, the Department of Agriculture (DA) has tightened animal quarantine and food safety measures, prohibiting the transport of live animals and meat products without health and shipping permits.

NO NEED TO FEAR PORK

Agriculture officials suspect the virus was brought to local farms via food scraps, or swill, from hotels and restaurants fed to pigs, or from imported pork products. They reminded farm owners that the transport, handling, disposal and sale of swill without proper permits and not in accordance with the existing regulations is unlawful.

They said the public should not fear eating pork, assuring that hogs that passed through the proper process of slaughtering and preparation are safe.

Before slaughtering, hogs are validated and assessed by a veterinarian, who then issues a medical certificate, the DA said in a statement.

Once slaughtered, the meats are stamped with a seal from the government`s National Meat Inspection Service.

"We believe we have successfully managed the issue," the DA said.

Finance Secretary Carlos Dominguez sought to downplay the impact of African swine fever on food prices as he said consumers are likely to turn to poultry, beef and fish as substitutes.