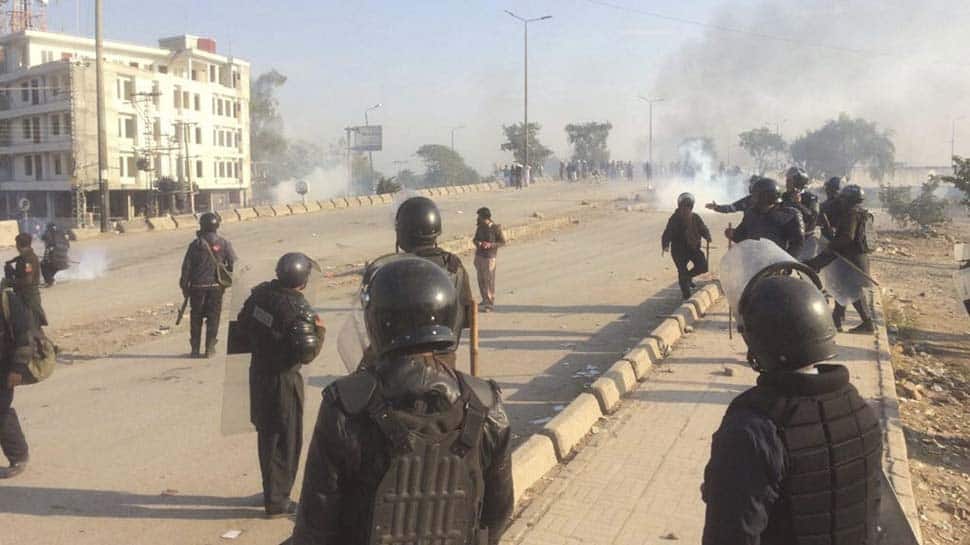 Pakistan Rangers have taken control of the sit-in area after reportedly a clash erupted between protestors and paramilitary forces at Faizabad Interchange in Islamabad early on Sunday.Rangers have cordoned off the IJP Road, Expressway, Murree Road and the Faisal Avenue.The rangers are an armed paramilitary force under the command of Pakistan`s military.Meanwhile, the media blockade continues in the country, pushing it behind a virtual wall.

According to reports, even after the civilian government asking the Army for help, the Commander 111 brigade, which generally takes minutes to enter the capital, was not seen anywhere.The civilian government had requested the Commander 111 Brigade directly, as per the mail that was leaked to the Pakistan media, violating the protocol. The proper channel would have been through the

Chief of Army Staff General (COAS), Qamar Javed Bajwa, according to the sources.Several hours later, there was no sign of any army movement in Islamabad or Rawalpindi.The `Faizabad dharna` started after the cleric, Khadim Hussain Rizvi, and his followers were demanding resignation of Pakistani law minister Zahid Hamid, as they saw the change in the words of an oath taken by the lawmakers as blasphemy.

Though the change has been reversed, the protesters continue to demand Hamid`s resignation.The Pakistan Electronic Media Regulatory Authority (PEMRA) had warned it would not cover Faizabad sit-in during a police crackdown on the protestors.

Following the PEMRA order, there was a media blackout in Islamabad, where almost all leading private TV channels went off air.