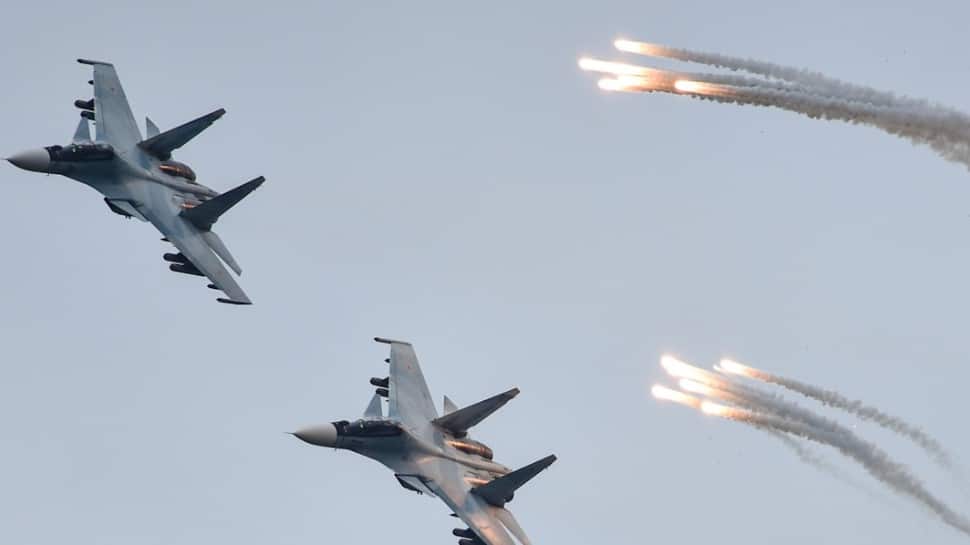 Russia has announced that more 40 military aircraft including its latest fighter jets will take part in Indra-2019, the joint tri-service military exercise with India in December 2019. Russia's Eastern Military District press service said on Tuesday that 15 fighters will be part of the contingent although it did not elaborate on the types of combat aircraft.

The Russian Air Force operates several lethal fighter jets including Mikoyan-Gurevich MiG-29, Sukhoi Su-27, Su-30 and Su-35. Two of the latest fighters 4++ Generation MiG-35 and 5th Generation stealth fighter Su-57 have recently joined the Russian Air Force. The Indian Air Force, too, flies the Russian MiG-29UPG and Su-30MKI jets along with MiG-21 Bison which is on the verge of being retired.

"In order to participate in joint Russian-Indian multi-service exercise, Indra, the Russian side plans to send over 40 aircraft of various types, including 15 fighter jets, about 20 military-transport aircraft and more than five army aviation helicopters to the Republic of India," Russia's Eastern Military District press service said according to TASS news agency.

Indra-2019, the 11th edition of the wargame, is a tri-service exercise involving the army, air force and navy of both the countries. Russian military aircraft will provide aerial support to its army soldiers and navy during the exercise. TASS also reported that the Russian Navy will send two warships, a sea tanker, a helicopter and two or three motorboats for Indra-2019. The Russian military contingent will include 300 soldiers from the Eastern Military District.

The 10th edition of Indra had taken place at Babina Field Firing Ranges in Uttar Pradesh for 11 days from November 18, 2018. While the armies of the two countries which included a company of Russia's 5th Army and a Mechanised Infantry Battalion of the Indian Army sweated in Babina, the harbour phase of the naval drill took place from December 9 to 12, 2018, at Visakhapatnam followed by the sea phase in the Bay of Bengal from December 13 to 16, 2018.