The single-crew, twin-engine Su-27 (NATO codename Flanker) is an air-superiority fighter. The jet can fly at Mach 2.35 (2,500 kilometres per hour). 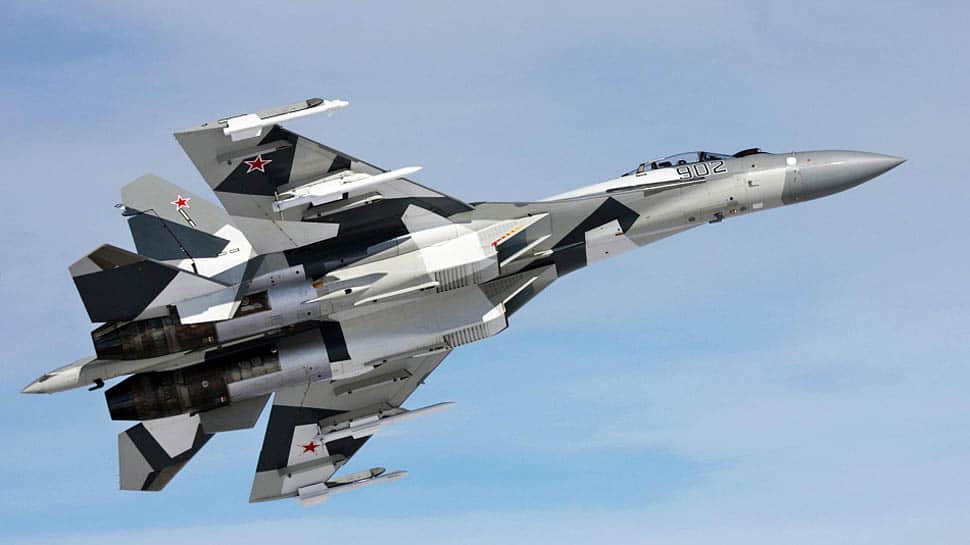 The Su-35 (in pix) is a modernised version of the Su-27 to increase combat effectiveness against aerial, ground and sea-surface targets. Photo Credit: United Aircraft Corporation Website
Share:
Written By:

According to the Russian Defence Ministry, the Su-27 was on-duty when it was scrambled to track and intercept the US Air Force's RC-135 reconnaissance aircraft. The Su-27 returned safely to its home base after the foreign aircraft flew away from the Russian border, the statement added.

The single-crew, twin-engine Su-27 (NATO codename Flanker) is an air-superiority fighter. The jet can fly at Mach 2.35 (2,500 kilometres per hour). The RC-135 has a crew of 27-32 members depending on the mission. The plane is used to gather electronic and signal intelligence. It is capable of almost real-time intelligence collection, analysis and can also send it the command centre and other aircraft of the US military.

#Video A Russian #Su27 fighter of the air defence on-duty forces made a sortie for interception of a #US Air Force's #RC135 reconnaissance aircraft over the neutral waters of the #BalticSea https://t.co/fbo8lz0kW9 @RusEmbUSA @mfa_russia #Interception pic.twitter.com/Wx8lNaXiYp

On February 19, 2019, a Russian Su-27 fighter had intercepted a spy plane of Sweden over the Baltic Sea. According to the Swedish Defence Ministry, the Russian jet came dangerously close to their Gulfstream electronic reconnaissance aircraft.

The Su-27 was reportedly only about 20 metres from the Swedish Air Force plane. The Russians claimed their fighter was at a safe distance and returned after visually identifying the plane.

According to the Russians, their planes did not violate the Japanese airspace. Russia resumed long-range patrols by its fighters and bombers in 2014 after its relationship with Japan soured following the former's military action in Ukraine and the annexation of Crimea peninsula.

The Japanese media claimed that the Russian patrol intercepted on February 15 was one of the largest ever seen near the Japanese border in the last several years.

US Senator McSally, an Air Force veteran, says she was raped by a superior officer