The Indian Navy was the first responder in the evolving humanitarian crises in the aftermath of Cyclone IDAI. 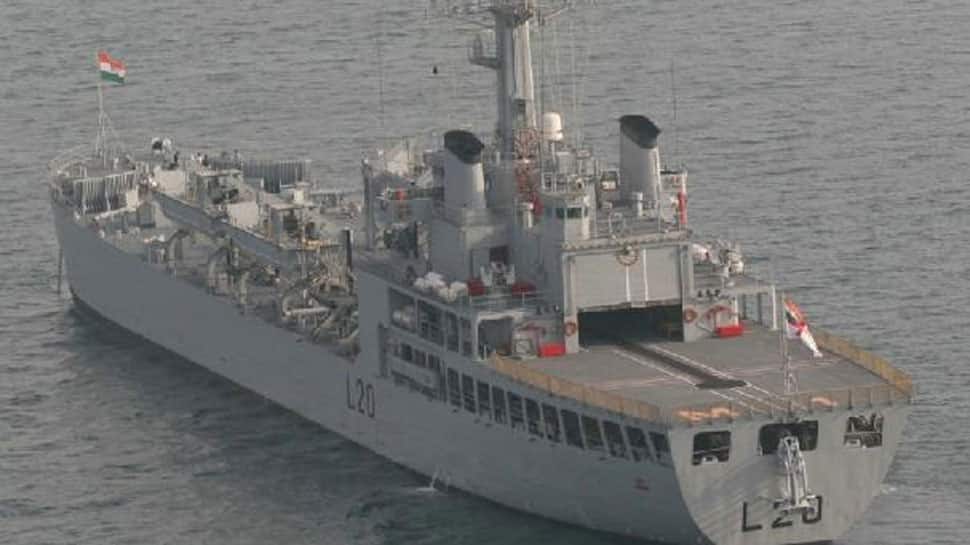 New Delhi: India has sent another Indian Navy ship INS MAGAR as part of its operation "Sahayata 2019" to help the people of Mozambique who are reeling under the impact of cyclone IDAI, the category 4 cyclone to hit southern Africa on March 15.

The ship contains medicines, dry provisions, ready-to-eat meals, daily essentials and clothing items and would cater to approximately 1000 persons for seven days. The essential items include 500 kg of epidemic-related medicines and 400 tonnes of rice.

In the aftermath of the cyclone, New Delhi had sent three Indian naval ships to the country - INS Sujata, ICGS Sarathi and INS Shardul which are currently undertaking Humanitarian Assistance Disaster Relief operations in coordination with local authorities and Indian High Commission.

The three Indian Navy ships so far have been able to rescue 192 people and provide medical assistance to 1381 persons in medical camps.

Meanwhile, Indian helicopters are helping in the evacuation of people by facilitating aerial survey and are also dropping of food & water packets in areas inaccessible to reach on foot.

The Indian Navy was the first responder in the evolving humanitarian crises in the aftermath of Cyclone IDAI. Assistance is also being sent to neighbouring Zimbabwe and Malawi which were hit by the cyclone.