Sharif, who is considered to be close to Saudi Crown Prince Mohammad bin Salman, is leading a delegation of IMCTC - the 41-nation military coalition - to Pakistan. 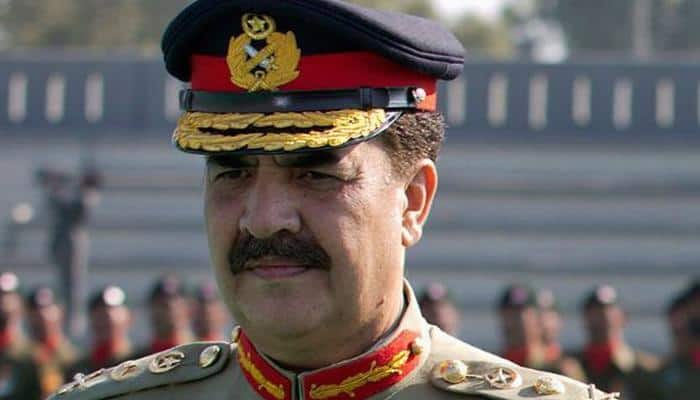 Saudi Arabia acquired the services of General Raheel, who retired in November 2016, as head of the Islamic Military Counter Terrorism Coalition (IMCTC) in 2017. The IMCTC was cobbled together in December 2015 to combat terrorism .

Sharif, who is considered to be close to Saudi Crown Prince Mohammad bin Salman, is leading a delegation of IMCTC - the 41-nation military coalition - to Pakistan.

During the meeting, Khan and Sharif "exchanged views on regional peace and stability besides discussing matters of mutual interest", state-run Radio Pakistan reported.

Sharif, who arrived in Islamabad Sunday ahead of the Saudi crown prince's maiden two-day trip starting February 16, has been busy meeting political and military bigwigs since then.

Sharif apprised Qureshi of the measures that are being taken by the coalition in order to combat terrorism, said a statement by the Foreign Office.

A press release issued by the Inter-Services Public Relations (ISPR), the media arm of the army, said "matters of mutual interest including regional peace and stability" were discussed during Gen Sharif's meeting with Gen Bajwa.

The former army chief has said the basic objective of IMCTC was to fight against the menace of terrorism until its eradication.

The Saudi government had surprised many countries by announcing that it had forged a coalition for coordinating and supporting military operations against terrorism in Iraq, Syria, Libya, Egypt and Afghanistan.

Iran, Saudi Arabia's arch rival for influence in the Arab world, was absent from the states named as participants, as proxy conflicts between the two regional powers rage from Syria to Yemen.

In December last year, General Raheel dismissed the notion that the military coalition was aimed against any particular country, nation or sect without any mentions.