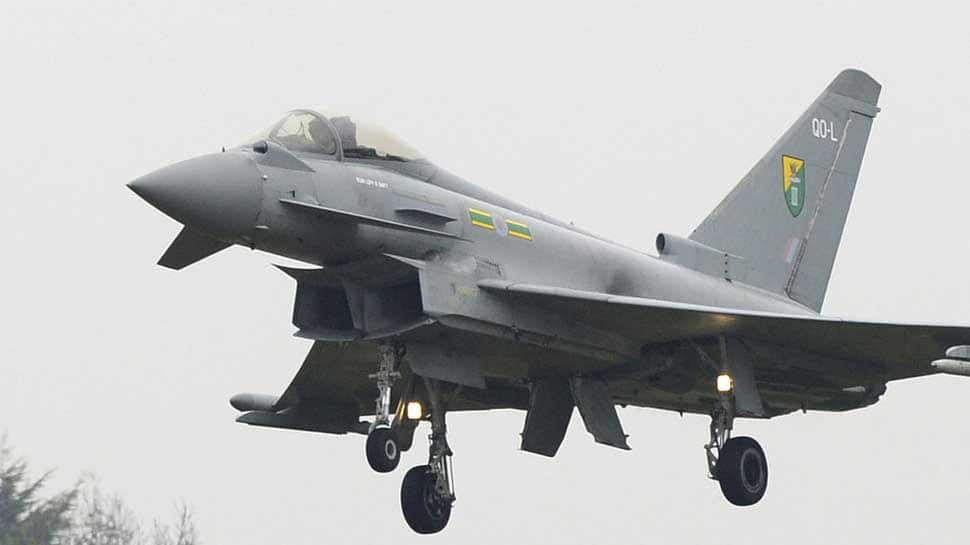 London: Two United Kingdom Royal Air Force Eurofighter Typhoon jets were scrambled to escort a passenger aircraft to Stansted airport, London on Saturday. While the Typhoons were flying over Essex with the low-cost carrier Jet2 flight, which had an unruly passenger on board, the sonic boom of the fighters spooked people on the ground.

Many residents in Harlow, Epping, Chelmsford and Stansted reported about a "loud explosion" and buildings shaking on Saturday evening. Several people also called 999 and reported the "explosion".

Stansted Airport clarified that the "explosion" was actually the sonic boom of the two RAF Typhoons escorting the Jet2 flight, which was on its way to Salaman in Turkey when a 25-year-old woman passenger assaulted other flyers. The woman was arrested after the planes landed at Stansted.

Essex Police, too, issued a statement. "We were made aware of a disruptive passenger on an inbound flight to Stansted this evening. There is a possibility that residents nearby may have heard a loud noise, often associated with a sonic boom, as the aircraft descended into Stansted airspace."