The raid was carried out on Friday at 7 pm by the police and the Special Task Force (STF). 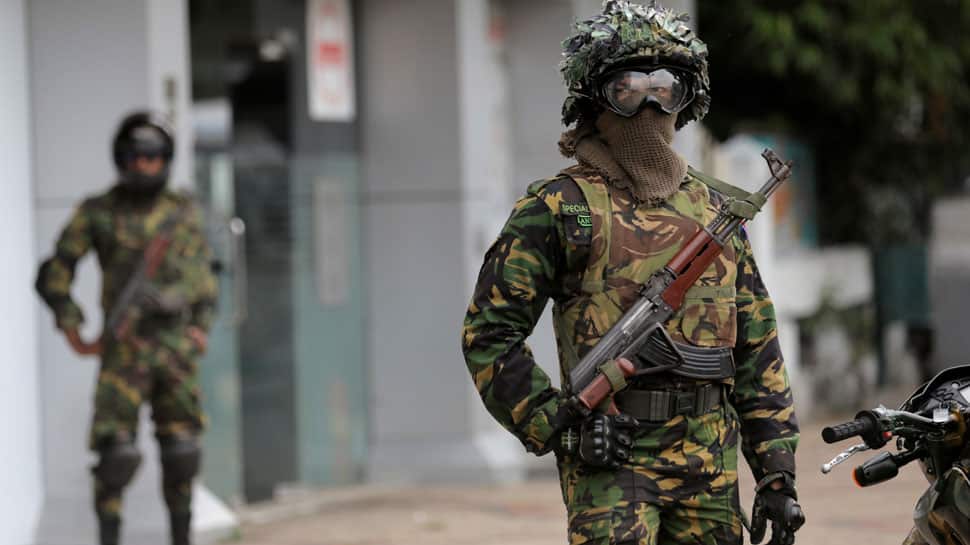 At least four gunmen and a civilian were killed when a special search operation was launched by Sri Lankan troops in Ampara district's Sainthamaruthu city on the eastern coast of the South Asian nation. In another incident, an explosion took place inside a house in the same city, parallel to the operation, killing 15 civilians, according to the police.

The raid was carried out on Friday at 7 pm by the police and the Special Task Force (STF). The security forces managed to find the flag used to make the statements before the Easter Sunday attacker left for their targets. They also found 100,000 balls used in bearings, the material used for suicide vests, different types of fuel, gelatin sticks, detonators, pipes, and ISIS uniforms.

Due to the explosion, three males, six females, and six children were killed. An injured woman and a child were found inside the house that had exploded. They were immediately hospitalised.

A curfew has been imposed within Kalmunai, Chavalakade and Samanthurai areas with immediate effect until further notice.

During a raid carried out in Wellawatta's Colombo 6, forces found 1kg of C4 explosives along with a three-wheeler. At least three individuals were arrested and were later handed over to the police for investigations. They are residents of that area.

Sri Lankan Minister Rishad Bathiudeen's brother who was arrested on Friday was released within an hour after obtaining a statement. The minister has denied any involvement in terrorist activities or having connections with National Tawheed Jamath (NTJ).

On Easter Sunday multiple blasts in the Sri Lankan capital city of Colombo killed 253 people and injured another 500.

Nine suicide bombers carried out a series of devastating blasts that tore through three churches, two of them Catholic, and three luxury hotels packed with Easter worshippers on Sunday. The Islamic State claimed the attacks, but the government has blamed local Islamist extremist group NTJ for the attacks.