Russia's Federal Service for Military and Technical Cooperation Director Dmitry Shugayev said on Wednesday that Turkey had initiated talks for buying the Sukhoi Su-35 and Su-57 fighters as the F-35 was no longer within its reach following the US sanction over S-400 Triumf air defence missile system. 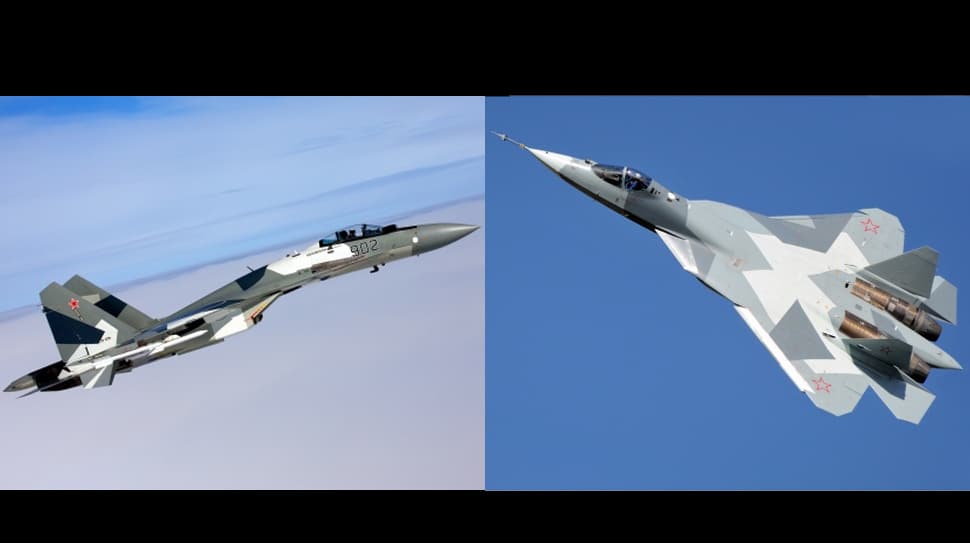 Sukhoi Su-35 (L) and Su-57(R) are the two Russian fighters Turkey is keep to buy.
Share:
Written By:

Turkey may buy a Russian Sukhoi fighter and is eyeing the 4++ Generation Su-35 as well as the 5th Generation Su-57E stealth combat aircraft to bolster its defence forces. Turkish President Recep Tayyip Erdogan, who attended the  International Aviation and Space Salon MAKS-2019 at Zhukovsky International Airport near Moscow, told the media while returning to his country that he had not come to Russia "for nothing".

"Why not? We did not come here for nothing," was his reply when he was asked is Turkey was looking for a Russian combat aircraft as the United States of America had removed it from the F-35 Lightning II programme and also stopped the delivery the jets which had been paid for. However, Erdogan added that the final decision of going for a Russian jet would be taken only after he speaks to US President Donald Trump on Turkey's participation in the F-35 programme.

Russia is keen to find customers for the Su-57E, the export version of its 5th Generation supersonic stealth fighter and is banking on Turkey placing an order. Russia's Federal Service for Military and Technical Cooperation Director Dmitry Shugayev said on Wednesday that Turkey had initiated talks for buying the Sukhoi Su-35 and Su-57 fighters as the F-35 was no longer within its reach following the US sanction over S-400 Triumf air defence missile system.

In fact, Erdogan had the honour of becoming the first foreign head of state to get a close look at the Su-57E on August 27, the first day of MAKS-2019. He was Russian President Vladimir Putin and Industry and Trade Minister Denis Manturov which show that the two countries were serious about a deal of fighter jets. Erdogan had also enquired about the Su-35 fighter at MAKS-2019.

Yeni Safak, a pro-government newspaper in Turkey, had in June 2019 soon after the US announced that it may impose sanctions on Turkey for buying the Russian S-400 system reported that the European country was looking at both Su-57 and China's Shenyang J-31 fifth-generation fighter. Turkey's Foreign Minister Mevlut Cavusoglu had earlier in April 2019 declared that advanced fighters from "another place" could be looked at if the USA refused to sell the F-35.

Russia has also offered the Su-57E to the Indian Air Force. It also wants India to rejoin the development programme of the 5th Generation stealth fighter, which the latter had opted out of in 2018.