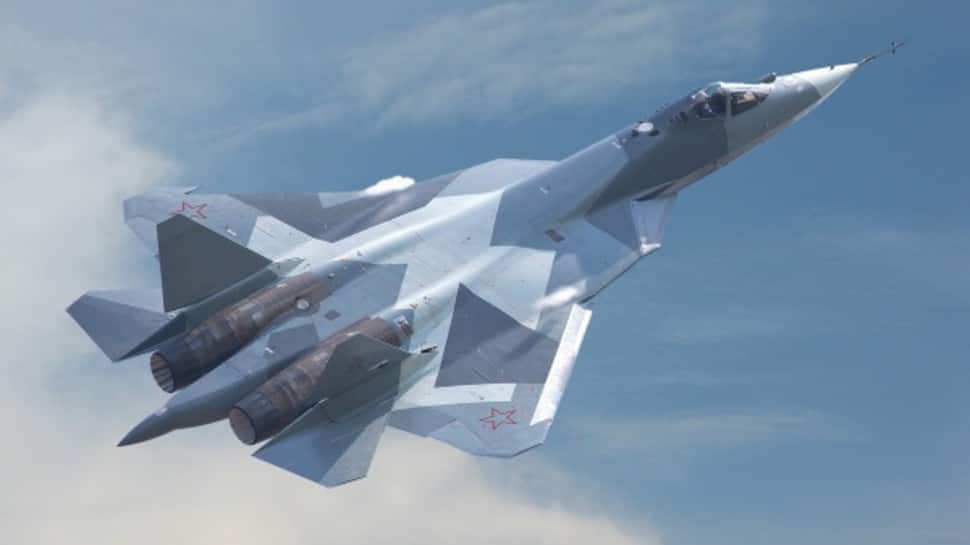 Sukhoi Su-57, Russia's 5th Generation stealth fighter, is getting a state-of-art communication system to ensure that the aircraft has a robust encrypted and jamming features. According to Russian Electronics' Polet Science and Technical Centre chief Alexei Ratner, the Su-57 is testing new communication, data exchange, navigation and identification (OSNOD) system.

Ratner said the new system "ensures constant cryptographic protection of communications." "In other words, intercepting them will produce no result," he was quoted as saying by TASS news agency.

A highly manoeuvrable fighter, the Su-57 is Russia's answer to the F-22 Raptor and F-35 Lightning II stealth aircraft of the United States of America. Configured for short take-off and landing and with an extremely low radar and infrared signature, the Su-57 can take out targets on land, in air and in the sea.

The outgoing Chief of Air Staff Air Chief Marshal Birender Singh Dhanoa had in July during a visit to Russia made it clear that the IAF will have a look at the Su-57 only after it joins active service with the Russian Air Force. Russian Aerospace Force has already ordered 76 Su-57 jets.

India had in late 2018 dropped out of 5th Generation fighter development programme with Russia after expressing concerns over the stealth aircraft's capabailties. With an eye on countries looing at stealth jets, Russia had unveiled Su-57E, the export version of the fighter, during the International Aviation and Space Salon MAKS-2019 in August.