According to the airline, Flight 312 landed safely in Abbotsford after striking birds shortly after its takeoff. 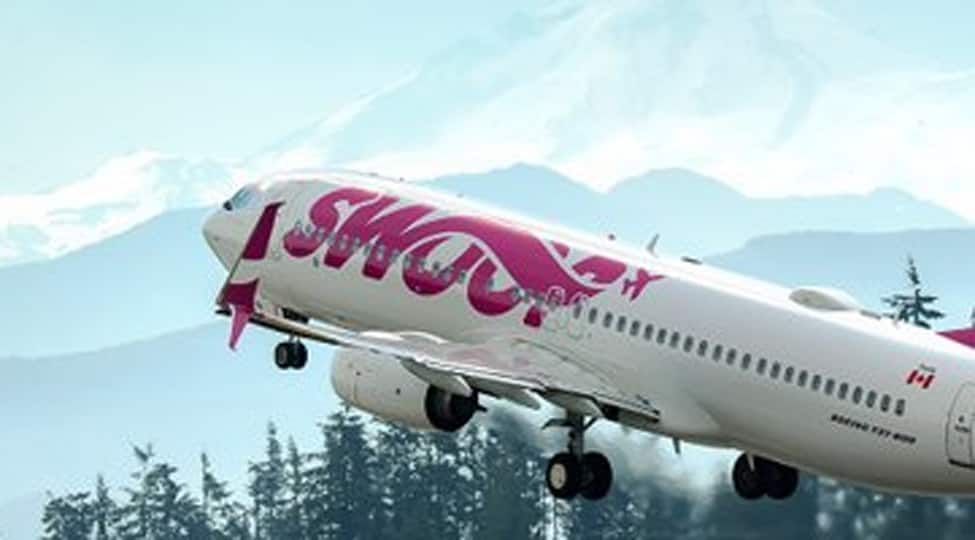 New Delhi: A swoop flight bound for Edmonton made an emergency landing in Abbotsford on Tuesday morning.

Update: We can confirm Flight 312 landed safely in Abbotsford due to a bird strike shortly after departure. All travellers were offloaded safely and without incident. Thank you to our captain and crew for ensuring the safety of our travellers.

Some of the passengers in the cabin witnessed fireballs erupting out of the aircraft's wings and one of them even managed to capture footage of the incident.

“I started seeing flames coming out of the right engine.” Passengers describe the terrifying moments before the plane they were on made an emergency landing in #Abbotsford. https://t.co/VCYOvhiuAh pic.twitter.com/hxto3cY2Rg

Passengers on the plane said they heard a loud thud followed by flames coming from an engine immediately after taking off.

"We probably got to a couple of thousand feet in the air, the fire was still coming out of the engine, and the captain said we were doing an emergency landing," she said.

A spokesperson for Swoop said that the aircraft is undergoing repairs and is expected to return to service on Wednesday evening. 'Safety is our number one priority and will always be at the forefront of our decision making. We apologize for the inconvenience to our impacted travellers," the airline said.