Australia`s largest city of Sydney reimposed COVID-19 curbs in the wake of a widening outbreak of the highly infectious Delta variant while neighbouring states closed their borders. 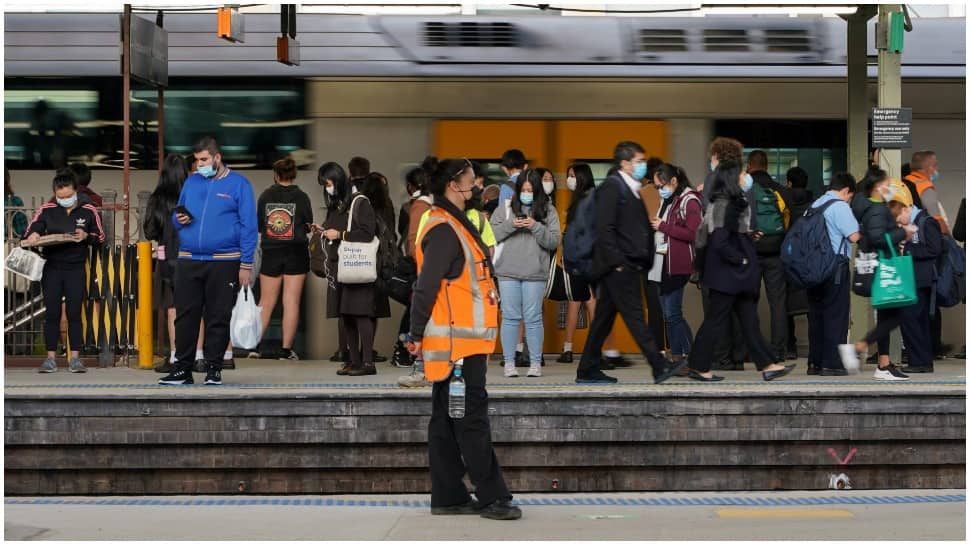 New Zealand raised the alert level in its capital of Wellington over exposure concerns after an Australian tourist tested positive for the virus upon returning to Sydney from a weekend visit to the neighbouring nation.
The latest virus cluster in Australia`s most populous state of New South Wales (NSW) has swelled to more than 30 in a week, prompting New Zealand to halt quarantine-free travel.

On Wednesday (June 23), the state tightened curbs for a week on gatherings and movement in Sydney, but stopped short of a full lockdown, as fears grew that the latest cluster of the highly infectious Delta variant could drive a major outbreak.

Travel was limited to essential tasks for residents of seven council areas in Sydney`s east and inner west, with home visits limited to five guests and masks mandatory indoors, even in offices and gyms. Some schools moved to online-only teaching.

"We have gone from near and present danger to a very real and present danger, not just in a shopping centre but right across Sydney," the state`s health minister, Brad Hazzard, told reporters in Sydney. The state`s first virus cluster in more than a month was linked to a driver who transports overseas airline crew and visited several places, among them a shopping centre in Bondi, thronged by tourists.

Ten new cases were reported by 8 p.m. on Tuesday but 13 further cases have been detected since. Neighbouring states such as Victoria, the second most populous, and northeastern Queensland shut their borders to travellers from Sydney and surrounding areas, while South Australia closed its border altogether.

Snap lockdowns, tough social distancing rules and swift contact tracing have helped both Australia and New Zealand to limit outbreaks and hold down COVID-19 infections. Australia has reported just over 30,350 cases and 910 deaths since the pandemic began, while New Zealand recorded more than 2,300 infections and 26 deaths.

In New Zealand, Wellington will move to a `level 2` alert, or one short of a lockdown, until Sunday midnight as a precaution against any potential outbreak. New Zealand, with a population of 5 million, agreed to quarantine-free travel with Australia this year as both had reined in community spread of the virus.

But fresh outbreak worries have emerged after the positive test for the unidentified male Australian tourist, who visited more than a dozen locations from the national Te Papa museum to pubs, cafes, a bookshop and a hotel during his trip.

"This is not a lockdown," New Zealand`s COVID response minister Chris Hipkins told a news conference in Wellington. "These are precautionary measures which will remain in place while we contact trace and test all of those we need to."

The level 2 alert allows offices, schools and businesses to stay open but observe social distancing, one of the conditions on which sport and recreation activities are allowed. But gatherings of more than 100 for events such as weddings and funerals are barred.