Afghanistan National Security Advisor Hamdullah Mohib said that as many as 15,000 militants could enter Afghanistan from Pakistan to fight the Afghan forces. 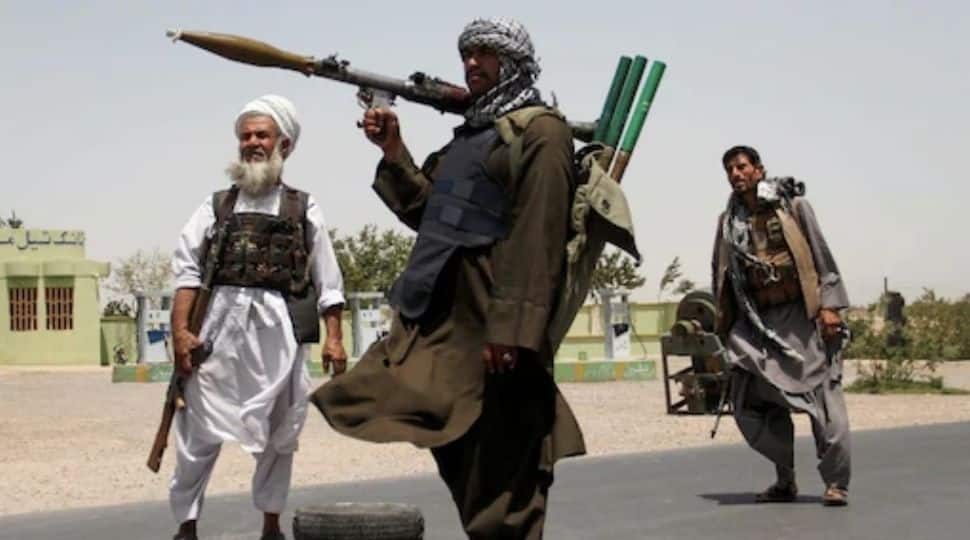 Afghanistan National Security Advisor Hamdullah Mohib fired another salvo at Pakistan, as he said that as many as 15,000 militants could enter Afghanistan from Pakistan to fight the Afghan forces.

Mohib said Pakistan has been a safe haven for the Taliban and that the group has been using Pakistani madrasas to recruit fighters.

"Every year, the Taliban were defeated in Afghanistan but they had an opportunity to recuperate, to re-recruit people from Madrasas in Pakistan and bring them back the next year.

"This year, we estimate that 10,000 fighters have come in from Pakistani madrasas to fight in Afghanistan this fighting season and intelligence shows that they could be as many as 15,000 more new recruits coming towards Afghanistan," Mohib said.

"The Taliban have had safe havens in Pakistan... throughout this period they enjoyed their leaders living there at peace and in Pakistan, their injured were treated in Pakistani hospitals, they had military and emotional support and financial support from elements within the Pakistani military establishment and it continues to be the case," he added.

Afghanistan President Mohammad Ashraf Ghani too slammed Pakistan. On a visit to the Special Operations Command Center in Kabul, Ghani said that the Taliban has "deep ties" with Al Qaeda, Lashkar-e-Taiba, and Jaish-e-Mohammed and the group want Afghanistan "to become a haven for insurgents".

A video that has been doing rounds on social media shows Pakistani militias crossed the zero point of the Durand Line at Spin Boldak. Local reports say the Pakistani military has fired hundreds of rockets across the Durand crossing, killing and wounding dozens of people.

First Vice President Amrullah Saleh recently posted the photo of the signing of the Instrument of Surrender in Dhaka in 1971 on Twitter and said Afghanistan does not and will not ever have such a picture.

"Dear Pak Twitter attackers, Taliban, and terrorism won`t heal the trauma of this picture. Find other ways," VP Saleh wrote. "Yes, yesterday I flinched for a fraction of a second as a rocket flew above and landed few meters away," he wrote.

In the 1971 war, following which Bangladesh was created, Pakistan had to publicly surrender to the joint forces of the Indian Army and Bangladesh`s Mukti Bahini, which was the largest military surrender after World War 2. Pakistan`s General Amir Abdullah Khan Niazi, along with 93,000 troops, surrendered and signed the Instrument of Surrender on December 16 in Dhaka after a 13-day war.

Saleh has been tweeting about Pakistan Army supporting Taiban in the Spin Boldak area.
(With agency inputs)