The Iranian leader also called Trump "the most lawless US president" and a "terrorist". "We are not overjoyed about Biden’s arrival, but we are happy about Trump leaving," Rouhani said in a televised speech to the cabinet. 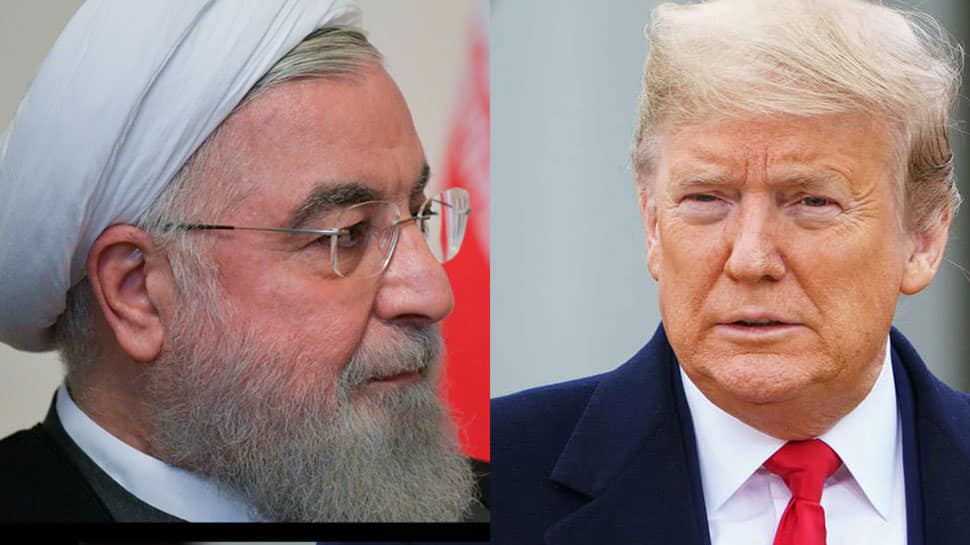 TEHRAN: Iranian President Hassan Rouhani on Wednesday that his country was "very happy" over the looming departure from office of his US counterpart Donald Trump, who had put "maximum pressure" on the Islamic republic.

The Iranian leader also called Trump "the most lawless US president" and a "terrorist". "We are not overjoyed about Biden’s arrival, but we are happy about Trump leaving," Rouhani said in a televised speech to the cabinet.

"Some say you are overexcited by the advent of Biden. No, we are not, but we are very happy to see Trump leave," the Iranian leader said in televised comments at a cabinet meeting.

"Thank God, these are his final days," Rouhani added, calling Trump a "tyrant", "the most unruly, lawless president" and a "terrorist and murderer." Interestingly, President-elect Joe Biden, who finally defeated Trump at the ballot box in November, has signalled a willingness to return to diplomacy with Iran after four tense years under the outgoing president.

Meanwhile, the electoral college has also confirmed Biden as the next US president even as the incumbent continues to refuse to accept defeat.

The formal handover of power will take place on January 20 when Biden is sworn in. Tensions between Tehran and Washington soared during Trump's presidency as his administration sought to bring Israel and the Gulf Arab states closer together with a hard line against Iran.

In 2018, Trump pulled Washington out of a landmark nuclear deal with Tehran and re-imposed punishing unilateral sanctions. This January, Trump ordered an airstrike near Baghdad airport which killed senior Iranian general Qasem Soleimani and drew retaliatory Iranian strikes targeting US troops in Iraq.

Trump "creates obstacles for us purchasing (Covid-19) vaccines, (that is) how much this person is bereft of all ethical and human principles," Rouhani said. Iran is the Middle Eastern country hardest-hit by the coronavirus pandemic with 52,670 deaths from more than 1.1 million cases, according to official figures.

Vaccines and other humanitarian goods are supposed to be exempt from US sanctions but in practice few if any banks are willing to risk processing Iranian transactions for fear of incurring heavy penalties in the US courts.

Since Biden's victory, Rouhani's government has repeatedly signalled its openness to the incoming US administration, although Iran's supreme leader has cautioned against hopes of an opening with the West.

Rouhani said the outcome of the US election showed the American people's desire for a "law-abiding" president and called on the Biden administration to live up to the expectation.