Top US general says 'not giving up' on Pakistan ties

The top US military officer, Marine General Joseph Dunford, said on Monday he was committed to the US-Pakistan relationship. 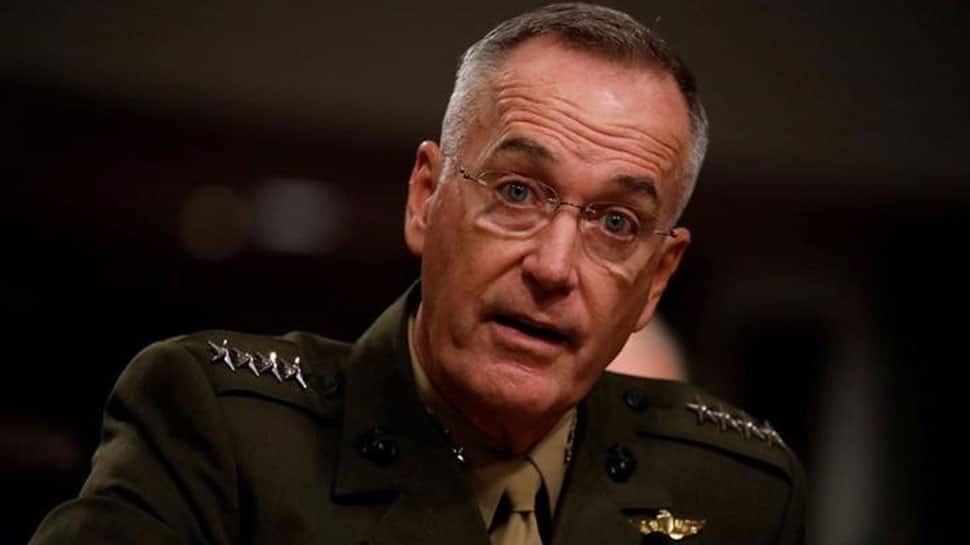 Brussels: The top US military officer, Marine General Joseph Dunford, said on Monday he was committed to the US-Pakistan relationship, which has been strained in recent weeks as Washington piles pressure on Islamabad to crack down on militants.

"Do we agree on everything right now? No we don`t. But are we committed to a more effective relationship with Pakistan? We are. And I`m not giving up on that," Dunford, chairman of the Joint Chiefs of Staff, told a small group of reporters during a trip to Brussels.

The United States has long blamed militant safe-havens in Pakistan for prolonging the war in neighbouring Afghanistan, giving insurgents, including from the Haqqani network, a place to plot attacks and rebuild their forces.

Still, Pakistan is a crucial gateway for US military supplies destined for US and other troops fighting a 16-year-old war in Afghanistan.

Earlier this month, President Donald Trump`s administration, frustrated over Pakistan`s failure to do more to combat militants, announced a plan to suspend up to roughly $2 billion in US security assistance.

In a possible sign of efforts to improve relations, Alice Wells, principal deputy assistant secretary of state for South and Central Asia, met with Pakistani Foreign Secretary Tehmina Janjua in Pakistan on Monday.

Dunford was careful in his public remarks but made clear that Votel would continue to lead the military-to-military discussions. Dunford said he and U.S. Defense Secretary Jim Mattis would also contribute to that dialogue.

"I`m not going to talk about the relationship in public because I`m committed to try to improve the relationship and I do believe that the military-to-military dialogue led by General Votel, with occasional reinforcement from Secretary Mattis, myself and others, is the right approach," Dunford said.

Vladimir Putin likely to win presidential race with over 80% of votes: Poll