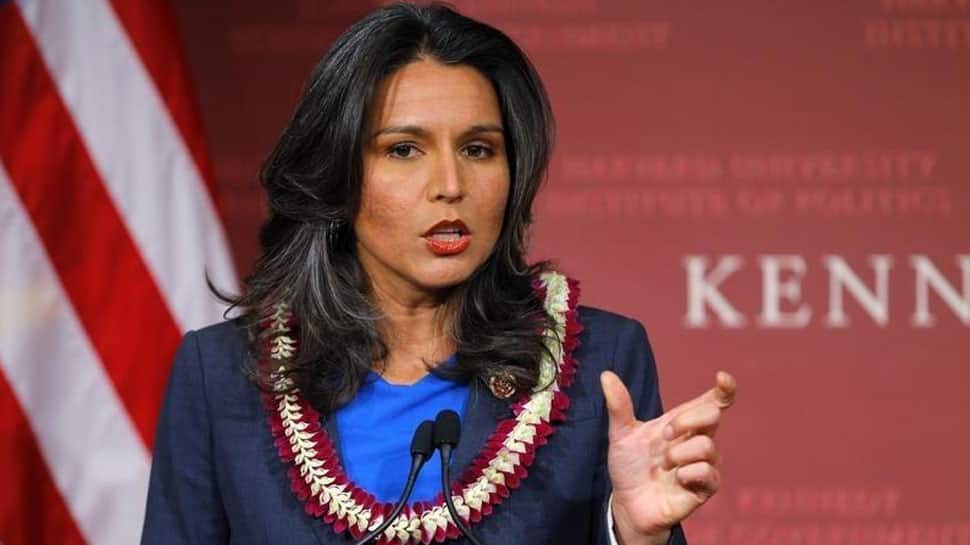 Washington: Tulsi Gabbard, the first Hindu Congresswoman, plans to hold a rally on February 2 in the US state of Hawaii to formally launch her 2020 White House bid, her campaign has announced.

Gabbard, who is not of Indian descent but comes from a Hindu family in Hawaii, will use the rally in Oahu to "gather with friends, family, and supporters to share her vision for the future of our nation", her campaign said on Friday.

The 37-year-old four-term Democratic congresswoman announced her presidential bid earlier this month during an interview with CNN. She released her first ad on Thursday, highlighting her military service, the Hill newspaper reported.

Gabbard, who sits on the House Armed Services Committee, is the only military veteran to declare her candidacy and could be relying on her two tours in the Middle East to differentiate her from many Democratic presidential candidates, including Indian and African-Jamaican descent Senator Kamala Harris, Senator Elizabeth Warren and former Housing Secretary Julian Castro.

The Congresswoman is popular for some progressive policies, though she received flak even within her own party over a 2017 meeting with Syrian President Bashar al-Assad and past positions opposed to LGBTQ rights.

Gabbard issued an apology last week for her past comments and stances on LGBTQ issues, but said she didn`t regret meeting the Syrian leader as American leaders must meet foreign leaders "if we are serious about the pursuit of peace and securing our country".

At the time, Gabbard drew a comparison between her meeting with Assad to President Donald Trump`s summit with North Korean leader Kim-Jong un in 2018.