A Mexican man named Alberto built a long tunnel to his girlfriend's home. He was having an affair with the woman and was caught by her husband. 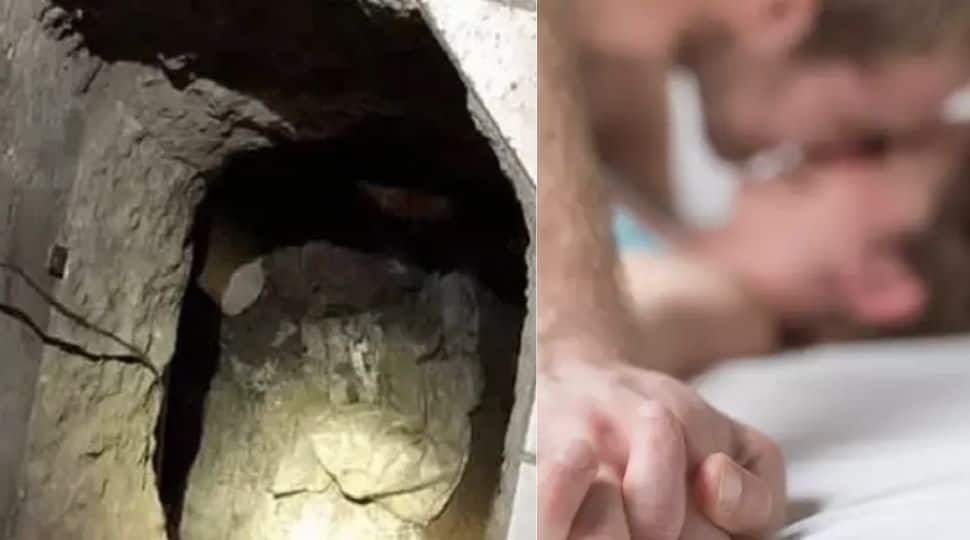 New Delhi: A Mexican man named Alberto built a long tunnel to his girlfriend's home. He was having an affair with the woman and was caught by her husband.

According to media reports, Alberto successfully built a long tunnel; which directly connected his home to his girlfriend's home. Alberto and his girlfriend are from Tijuana neighbourhood of Villas del Prado 1.

The construction of this tunnel was supposedly done when the woman's husband, Jorge was doing his job. Alberto and his girlfriend regularly met when Jorge was away from home for work.

The affair was exposed when Jorge came earlier than usual and caught the couple red-handed.

Jorge caught Alberto hiding behind a sofa and eventually discovered the tunnel that he managed to dig. When Jorge inspected the tunnel, it directed him to Alberto's home.

Alberto is already married and was hiding the affair from her. He pleaded Jorge to leave the house, which he refused.

The local police intervened and separated them as they were involved in a fistfight.

#ZeeReadersPoll2020: Was US Presidential election most awaited polls this year?