Turkey says work on roadmap for Syria's Manbij has accelerated

After months of disagreement, Ankara and Washington agreed in June on a roadmap that would see the YPG removed from the town. 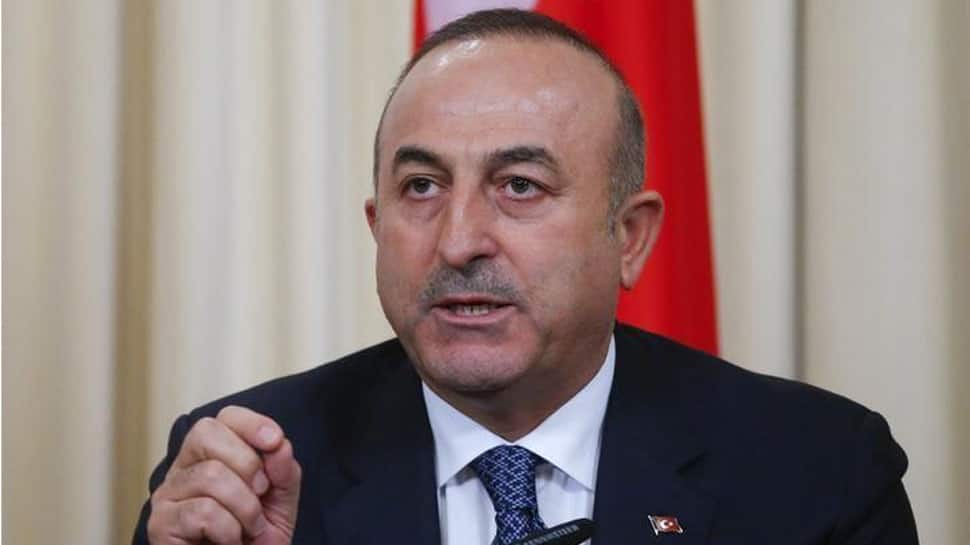 WASHINGTON: Work to implement an agreement between Turkey and the United States over the Syrian town of Manbij has recently accelerated, Turkey`s foreign minister said on Wednesday, adding that Kurdish YPG militia remained inside the town.

"The process in Manbij has sped up despite the weather conditions but the road map should have been completed by now and the reason it hasn`t been is the United States," Foreign Minister Mevlut Cavusoglu told a press conference in Washington.

Cavusoglu said apart from the joint patrols in the city, Turkey has begun working with the United States in identifying who will run Manbij and who could be within the security units of the town once Kurdish militia YPG has withdrawn from the area.

After months of disagreement, Ankara and Washington agreed in June on a roadmap that would see the YPG removed from the town. Turkey has repeatedly expressed its frustration that the implementation of the plan has been delayed.

"The US administration also wants the roadmap to be implemented as soon as possible," Cavusoglu said. Turkish President Tayyip Erdogan said on Tuesday that Turkey would only wait a few weeks for militants to be removed from the north Syrian town of Manbij. The US-backed Syrian Democratic Forces (SDF), which is spearheaded by the YPG, has controlled Manbij since 2016.

Cavusoglu was in the U.S. capital to attend a gathering of 79 countries partnering with the United States against Islamic State. He said there was still little clarity on the details of a US withdrawal from Syria and the creation of a safe zone in the northeastern part of the country.

"No concrete ideas on the safe zone has emerged yet. We are discussing this with Russians as well and trying to coordinate it with the Americans," he said. In December, Trump confounded his own national security team with a surprise decision to withdraw all 2,000 US troops from Syria, declaring that Islamic State had been defeated there.

Turkey wants to set up the safe zone with logistical support from allies and says it should be cleared of the US-backed Kurdish YPG militia. Cavusoglu repeated the safe zone could not be an area that would give protection to the group. "It is important what we understand from a safe zone. If what is understood or desired is a buffer zone that will protect the terrorists, we are against it," he said.

Cavusoglu also said a `task force` group was set up between the United States and Turkey specifically to focus on the work linked to US withdrawal from Syria. "We have put in place this mechanism to ensure this process is carried out in coordination and without problems," he said.