Among the Indians killed in the deadly blast there were four Janata Dal (Secular) workers from Karnataka, who were on a visit to Sri Lanka, Chief Minister H D Kumaraswamy said on Monday in Bengaluru. 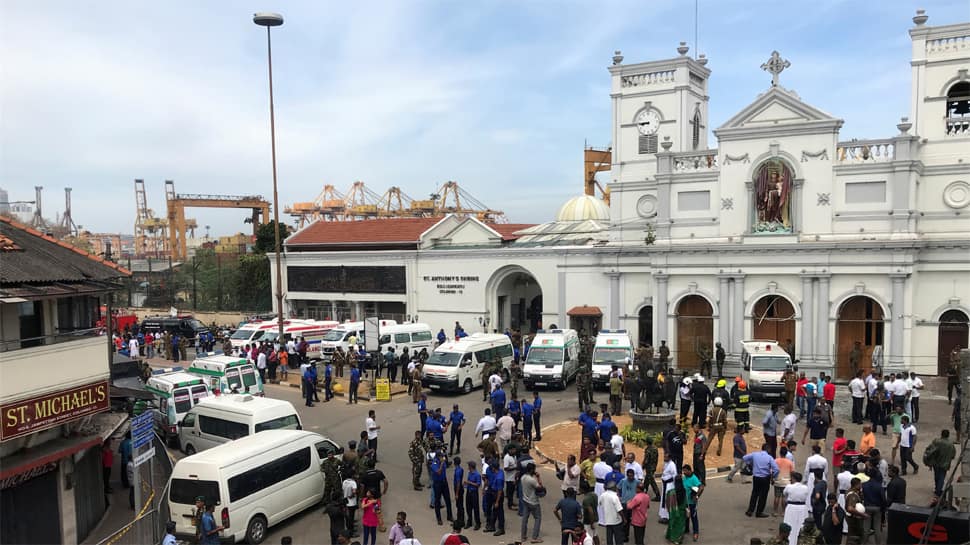 Colombo: With the death of two more Indians, the total number of Indian nationals who died in Sri Lanka rose to 10 on Tuesday after a string of devastating suicide blasts tore through churches and luxury hotels across the country on Easter Sunday.

"Regret to confirm the deaths of two more Indian nationals Mr A Maregowda and Mr H Puttaraju in the blasts in Sri Lanka on Sunday, taking the total number of Indian deaths in the tragedy to 10 as of now," the Indian High Commission in Colombo tweeted on Tuesday.

On Sunday, External Affairs Minister Sushma Swaraj identified three Indian nationals - K M Lakshminarayan, Narayan Chandrashekhar and Lakshmana Gowda Ramesh - as the victims of the blasts.
"Indian High Commission in Colombo has conveyed that National Hospital has informed them about the death of three Indian nationals," she tweeted Sunday.

Also on Sunday, Kerala Chief Minister Pinarayi Vijayan identified a Keralite, P S Rasina, among those killed in the deadly blasts. However, there was no confirmation about her from the Lankan authorities.

Among the Indians killed in the deadly blast there were four Janata Dal (Secular) workers from Karnataka, who were on a visit to Sri Lanka, Chief Minister H D Kumaraswamy said on Monday in Bengaluru.

The dead members are Ramesh, Chandrashekhar, Rangappa and Hanumantharayappa, he said. However, one JD(S) worker H Shivukumar is missing.

Seven suicide bombers believed to be members of an Islamist extremist group - the National Tawheed Jamath (NTJ) - carried out a series of devastating blasts that tore through three churches and luxury hotels in Sri Lanka on Easter Sunday, killing 310 people and wounding 500 others, including Indians, in the country's worst terror attack.

No group has claimed responsibility for the attacks, but police have so far arrested 24 people - mostly members of the NIJ - in connection with the blasts.