The UAE envoy to India, Dr Ahmad Al Banna, while taking note of the bifurcation of Jammu and Kashmir and removal of Article 370 called it an internal matter of India. "We expect that the changes would improve social justice and security and confidence of the people in the local governance and will encourage further stability and peace," said Banna. 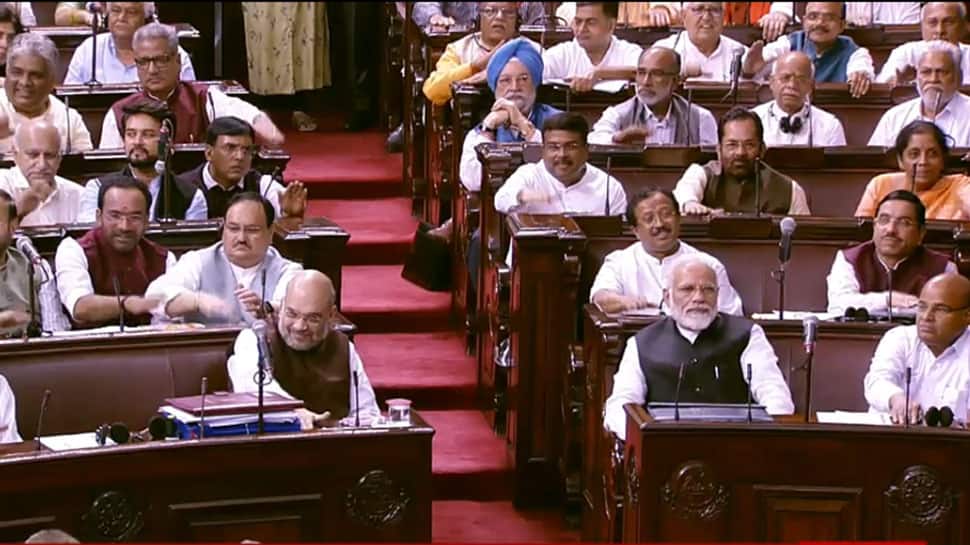 New Delhi: Reactions poured in from several leaders worldwide on the Narendra Modi government's move to scrap Article 370, Article 35A and bifurcate Jammu and Kashmir into two Union Territories (UTs). While the United Arab Emirates (UAE) and Sri Lanka have supported the move, the US came out with a statement of caution.

The UAE envoy to India, Dr Ahmad Al Banna, while taking note of the bifurcation of Jammu and Kashmir and removal of Article 370 called it an internal matter of India. "We expect that the changes would improve social justice and security and confidence of the people in the local governance and will encourage further stability and peace," said Banna.

In recent years, India and UAE have come closer and there has been an increase in the number of high-level visits between the two countries. Prime Minister Narendra Modi first visited the country in August 2015 which was followed by the visit of Crown Prince of Abu Dhabi Sheikh Mohamed bin Zayed Al Nahyan in 2016. In 2017, the Crown Prince was the chief guest at Republic Day parade and again, in 2018, PM Modi visited the country and was the chief guest at the sixth World Government Summit in Dubai. In 2019, UAE awarded its highest civilian award, The Zayed Medal to PM Modi.

On the other hand, Sri Lankan Prime Minister Ranil Wickramasinghe welcomed the creation of Ladakh. In a tweet, he said, "Ladakh will become an Indian State. With 70 per cent of Ladakh’s population being Buddhist it will be the first Indian state with a Buddhist majority. Creation of Ladakh and consequential restructuring is India’s internal matter, it is a beautiful region well worth a visit" PM Modi, in his first foreign visit in the second term, visited Sri Lanka on June 2019.

The US state department came out with a cautious statement on the decision. The US State Dept while taking "note that the Indian government has described these actions as strictly an internal matter" said it is "concerned about reports of detentions and urge respect for individual rights and discussion with those in affected communities". It also called on India and Pakistan "to maintain peace and stability along the Line of Control.”

Interestingly, the state department statement made no mention of US President Donald Trump's mediation offer on Jammu and Kashmir, that was rejected by New Delhi.

Meanwhile, Indian diplomats have up there efforts to make sure the global community understands New Delhi's action and also thwart any propaganda by Pakistan. The Indian envoy to Russia, Bala Venkatesh Varma, speaking to reporters in Moscow said, "It's an internal matter and it also an internal administrative matter. We have not done anything to change the external parameters of Jammu and Kashmir state...we are not surprised that Pakistan is raising this, but our response will be the same that it is not a matter that concerns Pakistan," said Varma.

The Ministry of External Affairs continued the briefing of envoys on Tuesday on the administrative developments in Kashmir which included briefing for Latin American and Caribbean countries envoys and envoys from neighbouring countries.