According to the Royal Air Force, its Typhoon fighters based at Estonia's Ämari Air Base have intercepted Russian aircraft eight times since taking over the Baltic Air Policing mission on May 3, 2019. On June 15 too RFA jets had intercepted a Russian Sukhoi Su-30 fighter and an Ilyushin IL-76 Candid transport aircraft. 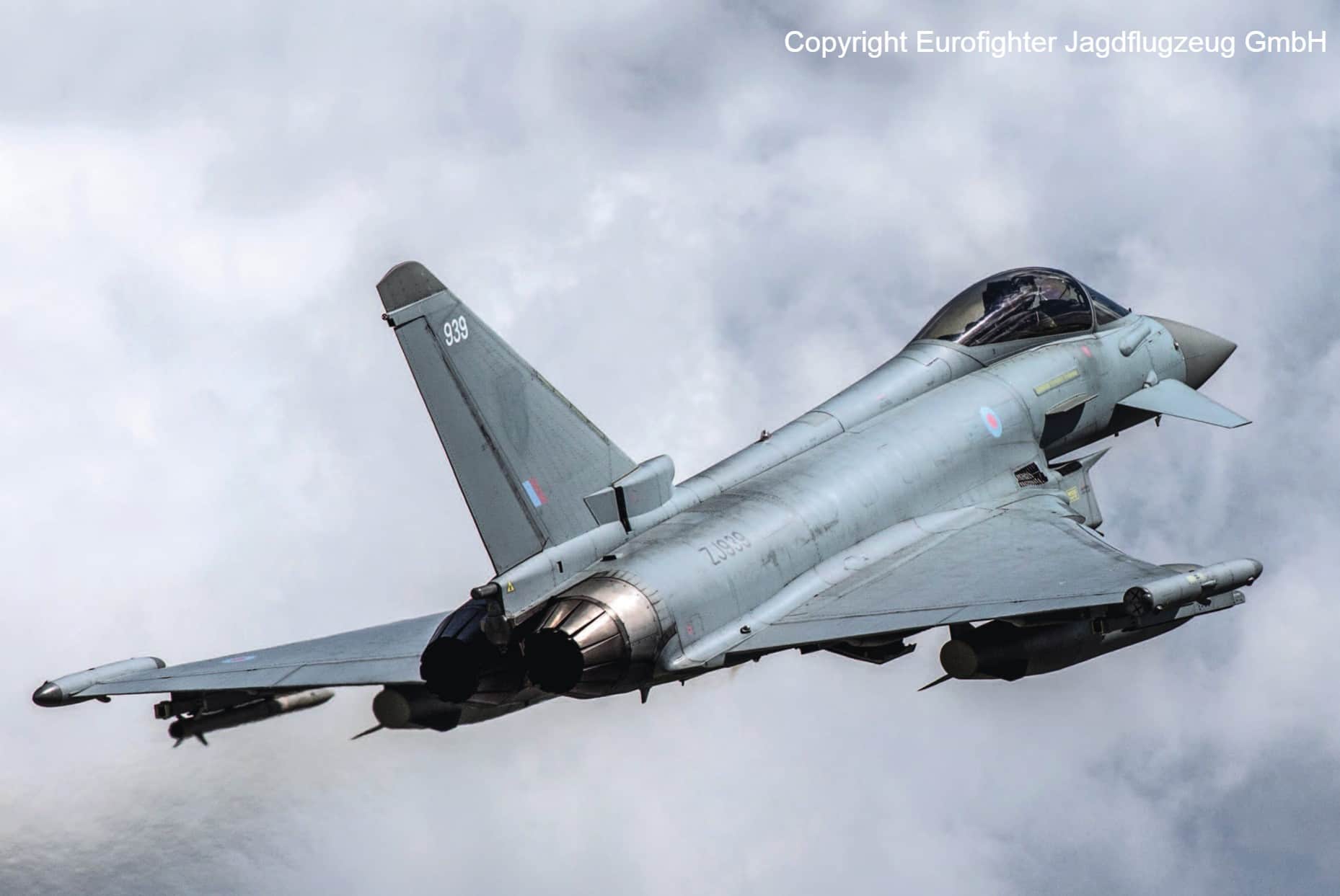 File Photo: A Royal Air Force Eurofighter Typhoon taking off at Mihail Kogalniceanu Air Base in Romania.
Share:
Written By:

United Kingdom's Royal Air Force Eurofighter Typhoon jets have been regularly tracking, monitoring and intercepting Russian fighters in the skies near the Estonian border as part of Operation AZOTIZE of the Baltic Air Policing mission. RAF Typhoon jets on Quick Reaction Alert  (QRA) intercepted Russian Sukhoi Su-30 fighter aircraft flying to the north of Estonia twice in two days. While the first intercept was on June 14 when a lone Russian Su-30 was intercepted, a day later RAF Eurofight Typhoons were scrambled again after Russian warplanes were spotted.

According to the RAF, its fighters based at Estonia's Ämari Air Base have intercepted Russian aircraft eight times since taking over the Baltic Air Policing mission on May 3, 2019. "We were scrambled to intercept a contact close to Estonian airspace in the early evening, between two periods of poor weather. Shortly after getting airborne we came alongside a Su-30 Flanker fighter aircraft. We escorted the fighter over the Baltic sea, around Estonia and passing over another Russian military transport aircraft in the process," a Typhoon pilot from XI(Fighter) Squadron on duty said about the June 14 incident

A day later on June 15, the RFA jets once again intercepted a Russian Sukhoi Su-30 fighter and an Ilyushin IL-76 Candid transport aircraft. The Russian planes were allegedly moving towards Estonian and Finnish airspace after taking off from Kaliningrad in the Russian colony between Poland and Lithuania on the Baltic Sea.

The RAF claimed that both the intercepts were carried out in a safe manner.

The Russians, too, have in the last few weeks intercepted fighters and warships of the United States of America and its allies. On June 17, 2019, Sukhoi Su-27 fighters on combat duty patrol intercepted US B-52H strategic bombers, which can carry nuclear weapons, near the Russian border.