A previous incident in November when US agents fired gas into Mexico to disperse migrants triggered a call from Mexico`s government for an investigation. 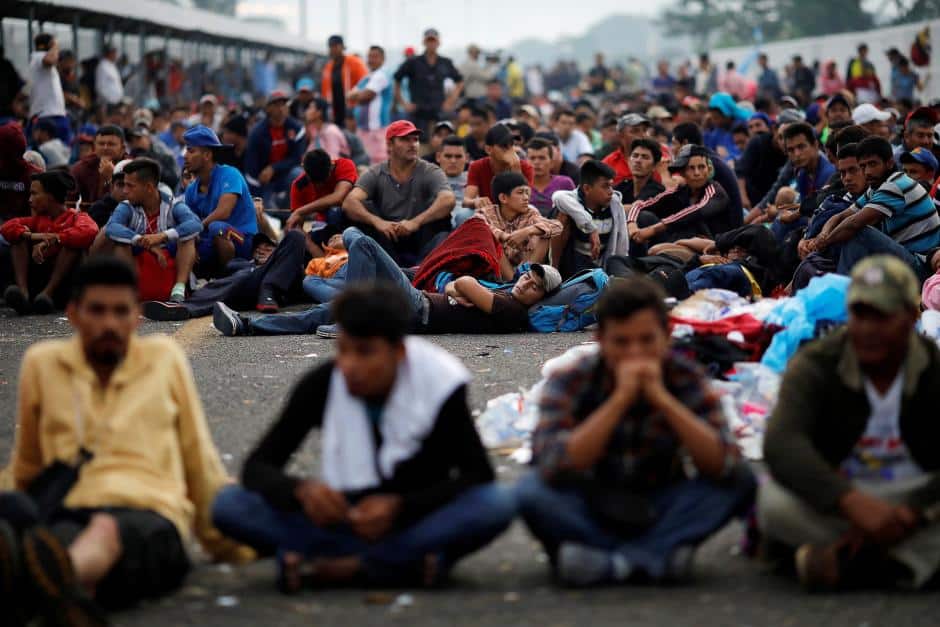 Mexico: U.S. border agents launched tear gas into Mexico early on Tuesday to deter a group of migrants that one official called "a violent mob" from crossing over from Tijuana, according to a Reuters witness and the US government.  Clouds of the noxious gas could be seen wafting up from around the fence at the border. One migrant picked up a canister and threw it back into US territory.
US officials said the group had attacked agents with projectiles, but a Reuters witness did not see any migrants throwing rocks at US agents.

Tijuana has become a flashpoint in the debate over US immigration policy, which has been intensified by the recent deaths of two migrant children in American custody and a partial US government shutdown over President Donald Trump`s demand for $5 billion in funding for a wall along the border with Mexico. A previous incident in November when US agents fired gas into Mexico to disperse migrants triggered a call from Mexico`s government for an investigation.

Mexico Foreign Ministry spokesman Roberto Velasco said the government "regrets the events" at the border. He said Mexico "advocates respect for migrants` human rights, security and integrity, while calling for respect for laws on both sides of the border." Late on Monday, more than 150 Central American migrants approached an area of the border in Tijuana in the Playas neighborhood near the beach. Migrants said they thought security measures might be relaxed due to the New Year`s holiday.

After midnight, US security personnel fired tear gas into Mexico as some migrants prepared to climb a border fence, according to the Reuters witness. During a second attempt, migrants began to pass youths and children over the razor wire along the fencing to the US side. US Department of Homeland Security spokeswoman Katie Waldman called the group "a violent mob" and said they had thrown projectiles at agents who responded with "the minimum force necessary to defend themselves."

"Congress needs to fully fund the border wall," Waldman said in a statement.  US Customs and Border Protection (CBP) said in a statement that the gas was aimed upwind of people throwing rocks on the Mexican side who obstructed agents from helping the children being passed over razor wire. The CBP statement said agents had not directly targeted the migrants attempting to cross the fence with tear gas and pepper spray.

A Reuters witness documented in one photo where a migrant had been hit by what appeared to be a gas canister. CBP said most of the migrants attempting to cross returned back to Mexico while 25 people, including two teenagers, were detained. Thousands of Central American migrants have been camping at shelters in Tijuana since arriving in November after traveling in caravans across Mexico to reach the US border, where many have hoped to request asylum.

Mexico`s new leftist president, Andres Manuel Lopez Obrador, has sought to not antagonize Trump over the US president`s demands for a border wall. He obtained a pledge from the United States to contribute billions of dollars for development in Mexico`s poor south and Central America in order to deter migration. Trump has backed away from his campaign pledge to make Mexico pay for a wall, but just last week he threatened to close the border with Mexico unless he gets the money he wants from US lawmakers for a barrier. The United States has also pushed Mexico to house Central American migrants while they seek US asylum.

In message for 2019, China tells its soldiers to be ready for war