US Capitol car attack ‘does not appear to be linked to terrorism’, say officials

The Capitol Police officer, who was killed in the attack, was identified as an 18-year veteran of the force. William Billy Evans joined the department in 2003 and was a member of its first responders unit 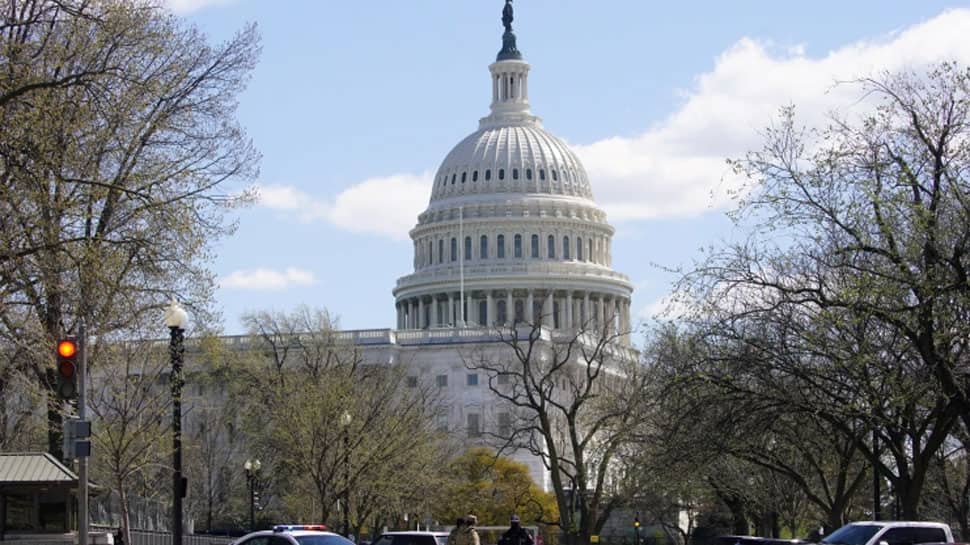 Washington: Law enforcement officials said that “terrorism is not suspected in a deadly confrontation outside the US Capitol that began when a man rammed his car into two officers outside the Capitol and then emerged wielding a knife.”

Officials declined to offer a motive, but Robert Contee, the acting chief of the Metropolitan Police Department, said there was no ongoing threat to the area and that the incident did not appear to be linked to terrorism.

#UPDATE A Capitol Police officer has died after a car rammed into law enforcement at a security barricade. A second officer has been injured. The incident doesn't appear to be 'terrorism-related,' police say pic.twitter.com/1TA3JCbLFn

Both Capitol Police officers were hospitalised and Acting Chief Yogananda Pittman told reporters Friday afternoon that one of the officers ‘succumbed to his injuries.’

Slain US officer hailed as a martyr

The Capitol Police officer, who was killed in the attack, was identified as an 18-year veteran of the force. William Billy Evans joined the department in 2003 and was a member of its first responders unit. House Speaker Nancy Pelosi hailed Evans as a ‘martyr for our democracy’, while Senate Majority Leader Chuck Schumer said he was ‘heartbroken.’

President Joe Biden has ordered that US Flags at the White House be lowered to half-staff until April 6 in honour of a US Capitol Police officer who was killed in the attack. Biden says he and first lady Jill Biden are heartbroken over the death of Officer William Evans.

Biden says he knows what a difficult time it's been for the Capitol and all who work there and protect it. Friday's incident came about three months after the January 6 insurrection that killed a Capitol police officer and four other people.

Biden released the statement from the Camp David presidential retreat, where he is spending the weekend. He expressed gratitude to the Capitol Police and the National Guard troops for responding quickly to the attack.

The death is the latest moment of sorrow for a department after the loss of Brian Sicknick, who clashed with rioters during the January 6 insurrection and died a day later, and Howard Liebengood, who committed suicide weeks after that.

Video shows the driver of the crashed car emerging with a knife in his hand and starting to run at the pair of officers, Capitol Police acting Chief Yogananda Pittman told reporters.

Authorities shot the suspect, identified by law enforcement officials as 25-year-old Noah Green. Investigators were digging into his background and examining whether he had any history of mental health problems as they tried to discern a motive. They were working to obtain warrants to access his online accounts.

The crash and shooting happened at a security checkpoint near the Capitol typically used by senators and staff on weekdays, though most are away from the building during the current recess.

The attack occurred about 100 yards (91 meters) from the entrance of the building on the Senate side of the Capitol. One witness, the Rev. Patrick Mahoney, said he was finishing a Good Friday service nearby when he suddenly heard three shots ring out.

It comes as the Washington region remains on edge nearly three months after a mob of armed insurrectionists loyal to former President Donald Trump stormed the Capitol as Congress was voting to certify Joe Biden's presidential win.

Five people died in the January 6 riot, including Capitol Police officer Brian Sicknick, who was among a badly outnumbered force trying to fight off insurrectionists seeking to overturn the election.

Authorities installed a tall perimeter fence around the Capitol and for months restricted traffic along the roads closest to the building, but they had begun pulling back some of the emergency measures in recent weeks. Fencing that prevented vehicular traffic near that area was recently removed.