US economy expects $8 billion to be recovered as the government reopens and employees receive back pay. 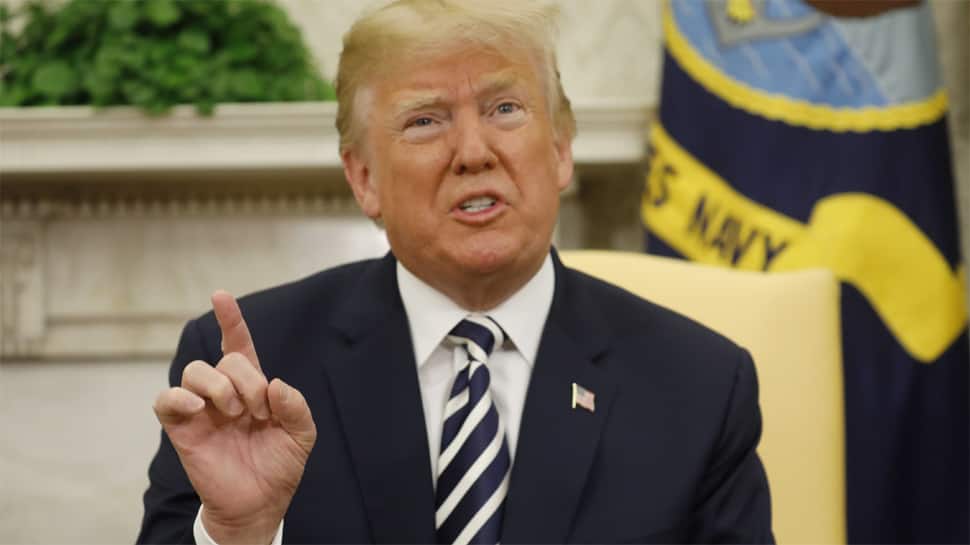 WASHINGTON: The US economy was expected to lose $3 billion from the partial federal government shutdown over President Donald Trump`s demand for border wall funding, congressional researchers said on Monday as 800,000 federal employees returned to work after 35 days without pay.

The nonpartisan Congressional Budget Office said the cost of the shutdown would make the US economy 0.02 percent smaller than expected in 2019. More significant effects will be felt by individual businesses and workers, particularly those who scrambled to make ends after not being paid.

Overall, the US economy lost about $11 billion during the five-week period, the CBO said. It expects $8 billion to be recovered, however, as the government reopens and employees receive back pay.

The longest shutdown in US history ended on Friday when Trump and Congress agreed to temporary government funding - without money for his US-Mexico border wall - as the effects of the shutdown intensified across the country.

The Republican president had demanded that legislation to fund the government contain $5.7 billion for his long-promised wall. He says it is necessary to stop illegal immigration, human trafficking and drug smuggling, while Democrats call it costly and inefficient.

A committee of Republican and Democratic lawmakers have scheduled an initial meeting on Wednesday, which will be open to the public, as they try to negotiate a compromise on border security before the February 15 deadline.

That session is likely to see little more than opening statements by lawmakers. Subsequent meetings could be conducted in private, where the hard bargaining would take place, several congressional aides said.

Owing to rules governing legislation in the House of Representatives requiring a 72-hour period for lawmakers to review legislation before having to vote on it, the committee might have to wrap up its work by around Feb. 10 in order to meet a Feb. 15 deadline for congressional approval.

Trump said he would be willing to shut down the government again if lawmakers do not reach a deal he finds acceptable on border security. On Sunday, he expressed scepticism sucaan deal could be made.

Trump has also said he might declare a national emergency to get money for the border wall. Democrats would likely challenge that in court.

WELCOMED BACK TO WORK

Democratic lawmakers said the CBO report served as a stark warning to Trump against another shutdown.

"Families across the nation are still trying to recover from a month of missing paychecks and overdue bills, but the president is already threatening a second shutdown if he doesn’t get his way," said House Speaker Nancy Pelosi, the top US Democrat.

Most employees should be paid by Thursday for back wages, which one study estimated at $6 billion for all those who worked without pay or were furloughed. Contractors and businesses that relied on federal workers` business face huge losses, although some lawmakers are pushing legislation to pay contractors back as well.

The National Transportation Safety Board said on Monday it had been unable to send investigators to 22 accidents during the shutdown, including 15 aviation accidents resulting in 21 deaths. "These 22 accidents now require investigative action," the safety agency said, but added that evidence "may have been lost."

The National Highway Traffic Safety Administration was reviewing five weeks of auto safety recalls that had been submitted by automakers, but has not yet begun posting them publicly.