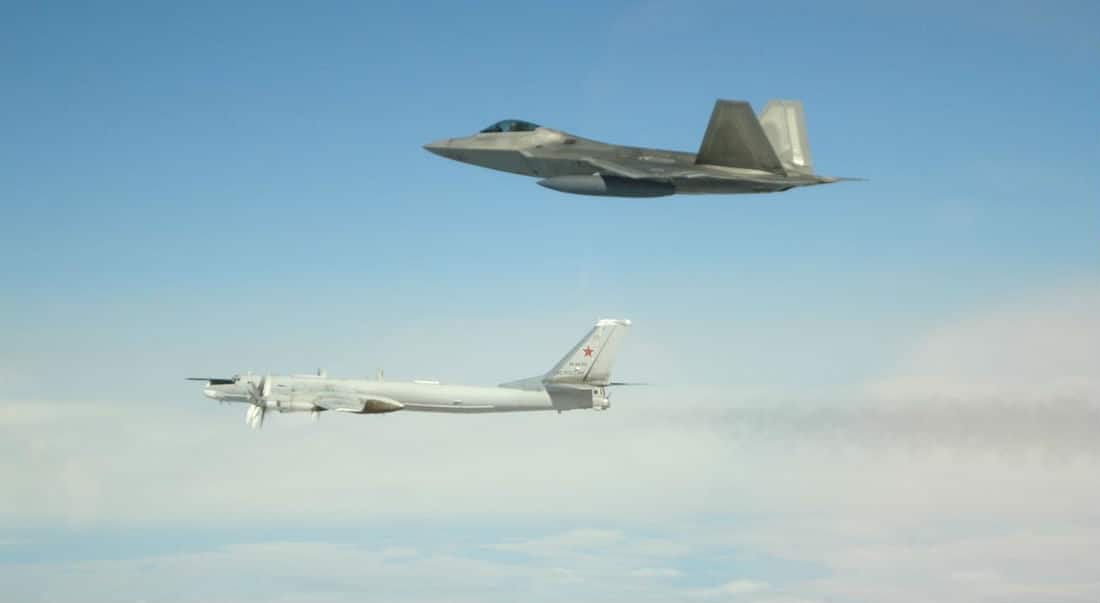 Washington: US F-22 stealth jets intercepted four Russian bombers and two Su-35 fighter jets off the coast of Alaska, according to a statement from North American Aerospace Defence Command (NORAD).

The Russian nuclear-capable long-range bombers on Monday flew into the Air Defence Identification Zone, which extends approximately 200 miles off Alaska`s western coast, CNN quoted the statement as saying on Tuesday.

"Two of the Russian bombers were intercepted by two F-22s, and the second group of bombers with Su-35 fighters was intercepted later by two additional F-22s, while the E-3 provided overall surveillance," the statement said, adding that "the Russian bombers and fighters remained in international airspace and at no time did the aircraft enter US or Canadian sovereign airspace".

Our ability to deter and defeat threats to our citizens and vital infrastructure starts with detecting, tracking, and positively identifying aircraft our airspace. We are on alert 24 hours a day, seven days a week, 365 days a year - Gen. O'Shaughnessy, Commander NORAD

The Russian Ministry of Defence confirmed the incident in a tweet on Tuesday, saying the Tu-95 bombers "made scheduled sorties over the neutral waters of the Chukotka, Bering and Okhotsk seas, as well as along the western coast of Alaska and the northern coast of the Aleutian Islands".

US officials have said that Russian bombers and jets have flown in the area several times a year for the last few years and have similarly been intercepted by US or Canadian jets operating as part of NORAD.

"NORAD`s top priority is defending Canada and the US. Our ability to deter and defeat threats to our citizens, vital infrastructure, and national institutions starts with successfully detecting, tracking, and positively identifying aircraft of interest approaching US and Canadian airspace," Gen. Terrence J. O`Shaughnessy, the commander of NORAD, said on Tuesday.

NORAD is tasked with patrolling US and Canadian airspace and air defence identification zones.