US President Joe Biden asked other nations to join a pact agreed by the United States and the EU to aim to reduce global methane emissions by at least 30% below 2020 levels by 2030. 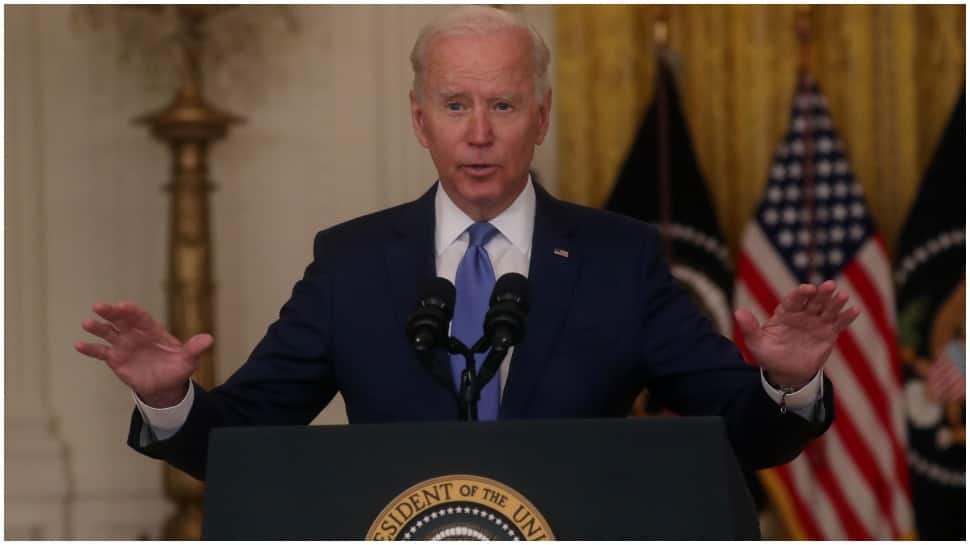 Washington: US President Joe Biden urged world leaders on Friday (September 17) to join the United States and European Union in a pledge to cut methane emissions, hoping to build momentum before an international summit on climate change begins next month.

Biden made the remarks during a virtual meeting of the Major Economies Forum (MEF), a follow-up to an Earth Day meeting he hosted in April to unveil new US greenhouse gas emissions reduction targets and press other countries to do more to curb theirs.

The United Kingdom heeded the call, with Prime Minister Boris Johnson pledging to be among the first signatories of the Global Methane Pledge to reduce emissions of harmful gas.

Argentina, Indonesia, Italy and Mexico also joined the alliance, while Ghana and Iraq signaled interest in joining, according to a White House summary of the meeting, which noted those countries represent six of the top 15 methane emitters globally.

Tackling climate change is one of Biden`s top domestic and international priorities, and the UN COP26 climate conference in Glasgow from Oct. 31 to Nov. 12 is seen as a critical moment for the world to commit to doing more to halt rising temperatures.

The United Nations said on Thursday (September 16) the pace of climate change had not been slowed by the COVID-19 pandemic and the world was losing its battle to cut emissions enough to cap global warming at 1.5 degrees Celsius above pre-industrial levels.

Scientists say this is the bare minimum to avoid the most catastrophic effects of climate change. Biden asked other nations on Friday (September 17) to join a pact agreed by the United States and the EU to aim to reduce global methane emissions by at least 30% below 2020 levels by 2030.

"This will not only rapidly reduce the rate of global warming but ... it will also produce a very valuable side benefit like improving public health and agricultural output," Biden told the leaders.

"We believe the collective goal is both ambitious but realistic, and we urge you to join us in announcing this pledge at COP26," Biden said.

Globally, methane emissions are responsible for around 30% of warming since the pre-industrial era, according to the United Nations. A recent report by UN climate scientists said that cutting methane emissions is the fastest way to slow down global warming.

After pledging the UK`s commitment to the goal, Johnson urged other nations to make good use of the lead-up to the next climate summit.

"Over the next 1,000 hours between now and everyone coming to COP26, we must do the work that will allow us to come to Glasgow bearing the ambitious NDCs – Nationally Determined Contributions – and rock-solid commitments on coal, cars and trees," Johnson said, pointing to the importance of securing funds to spur compliance by poorer nations.

"We must get serious about filling the $100 billion pot that the developing world needs in order to do its bit."

Biden also asked Special Presidential Envoy for Climate John Kerry to chair a ministerial session immediately following with China, Germany, India and Russia, according to a White House readout of the meeting.

Biden said he wanted to use the MEF to complement other climate change forums and his team, including Kerry, is working to push countries to set ambitious targets for cutting their greenhouse gas emissions.

"Whatever commitments we make at COP26, we must all resolve together in Glasgow to continue strengthening our ambition and our actions ... to keep us ... below 1.5 degrees and keep that within reach," Biden said. Leaders and activists warned of potentially disastrous consequences.

"Under current policies, we’ll reach almost 3 degrees of global warming by the end of the century," Italian Prime Minister Mario Draghi said, according to remarks released by his office. "The consequences of such an increase in global temperatures would be catastrophic."

Biden announced in April a new target to reduce US greenhouse gas emissions 50%-52% by 2030 compared with 2005 levels. Biden has been emphasizing climate change repeatedly in recent weeks in the wake of damage from devastating floods and wildfires across the United States.