He will kick off his visit to India by calling on Prime Minister Narendra Modi and lay the ground for talks between Trump and Modi later this week on the sidelines of the G20 summit. 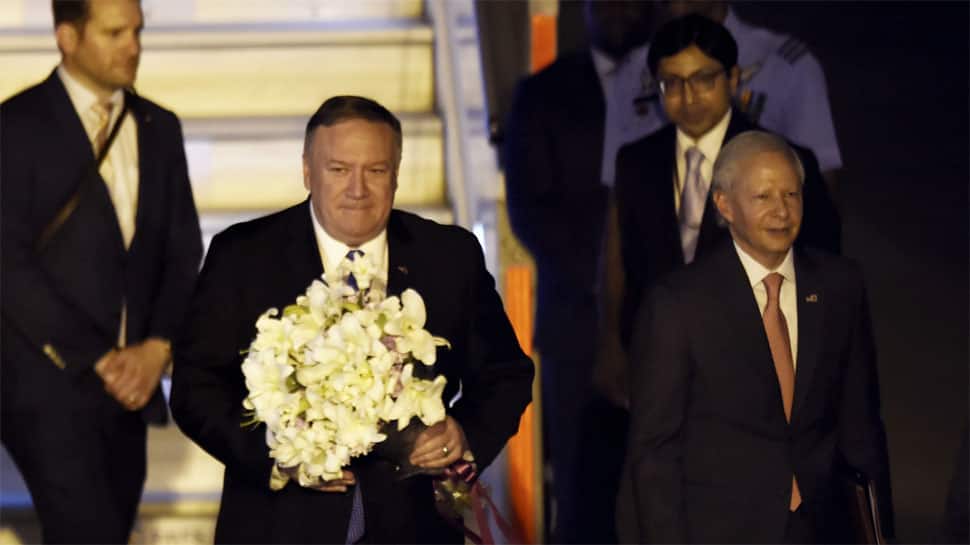 US Secretary of State Mike Pompeo arrived on Tuesday for talks with Indian leaders in New Delhi, where he is expected to tackle a host of delicate issues from trade to India`s longstanding defence and energy ties to Russia and Iran.

Relations between the United States and India have improved dramatically since the Cold War but they have still fallen short of their promise and now have run into serious problems over tariffs, flows of data and tighter Indian rules on online commerce in one of the world`s fastest growing large markets.

Pompeo landed in New Delhi late on Tuesday night after an unannounced trip to Kabul.

He will kick off his visit to India by calling on Prime Minister Narendra Modi who was re-elected for a second term last month with a powerful mandate that analysts say gives him the chance to take bold reforms to propel Asia`s third-largest economy towards faster growth.

Just ahead of his visit, New Delhi imposed tariffs on some US goods after President Donald Trump`s administration threw India out of a group of countries that were allowed duty free access for some of their products into the large US market.

While trade issues are led by the US Trade Representative`s office and the commerce departments, Pompeo is expected to raise some of the concerns U.S. companies have about new rules on local storage of data as well as restrictions on foreign companies` online operations in India.

"We expect trade and e-commerce to figure in the meetings with the PM and the foreign minister, we are ready to engage them on data issues," said an Indian government official, speaking on condition of anonymity in line with service rules.

PRESSURE
Pompeo`s visit is expected to lay the ground for talks between Trump and Modi later in the week on the sidelines of the G20 summit in the Japanese city of Osaka.

India hopes that this week`s high-level meetings will help re-start talks over a trade package the two had been negotiating for months, the official said.

In recent weeks, the United States has also stepped up pressure on India not to proceed with its purchase of S-400 surface-to-air missile systems from Russia.

India says the missiles are necessary to bolster defences against China, but Washington has said it would prefer India to consider other options including US defence firms for alternative weapons systems.

A second Indian official said India believed it had a case for a waiver from US sanctions should it go ahead with the missile system purchase from Russia.

Washington has also threatened to impose sanctions on Turkey, a NATO ally, which is also buying the S-400 system.

Under US pressure India has stopped buying oil from Iran, one of its top suppliers, and the two Indian officials said the oil-dependent economy had taken a hit as a result.

Now, with tensions rising between the United States and Iran, New Delhi is further worried about the security of its energy supplies.

Iran is not looking for war with America: President Hassan Rouhani