US tries to safeguard Afghan peace push from India-Pakistan crisis

The United States has likewise accused Pakistan of ties to Taliban militants who are fighting in neighboring Afghanistan against American and US-backed Afghan government forces. 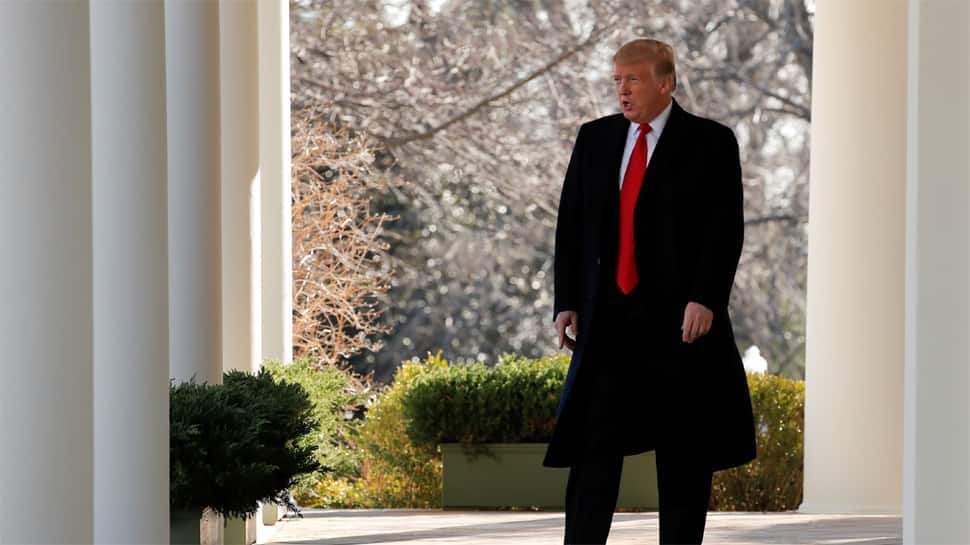 WASHINGTON: The United States is trying to prevent simmering tensions between India and Pakistan from impacting a third country: Afghanistan, where a fragile peace push is underway to try to end more than 17 years of war with Taliban insurgents.

US President Donald Trump`s administration has been publicly focused on lowering tensions between the nuclear-armed rivals since a Feb. 14 suicide car bomb in an Indian-controlled area of Kashmir triggered the first Indian air strikes inside of Pakistan since a 1971 war.

Senior US officials told Reuters that as the United States spoke with senior Pakistani officials, emphasizing the need to lower the risk of conflict with India, Islamabad privately offered warnings on Afghanistan.

Pakistani officials said their ability to support Afghan peace talks could be in jeopardy in the event of a full-blown crisis, US officials said, speaking on condition of anonymity. "They`ll stop being a facilitator, they will stop the pressure they are applying" on the Taliban, one US official said, recounting Pakistani warnings conveyed to Washington.

Pakistan has publicly denied any role in the suicide bombing. But the Pakistan-based Jaish-e-Mohammad (JeM) militant group claimed responsibility for it, and India has long accused Islamabad of supporting them.

The United States has likewise accused Pakistan of ties to Taliban militants who are fighting in neighboring Afghanistan against American and US-backed Afghan government forces. Reuters has previously reported, however, that US officials have recently seen a positive shift in Pakistan`s behavior.

Pakistan, long at odds with the United States over the war in Afghanistan, has played a behind-the-scenes role in supporting US peace talks with the Afghan Taliban, including by facilitating travel to negotiations.

Current and former United States officials caution that Islamabad could again choose to act as a spoiler. "I don`t believe that Pakistan has the capability to straight out make peace happen in Afghanistan, but they definitely have the capability to make peace not (happen)," said Laurel Miller, a former senior State Department official.

In the past several days, India and Pakistan have appeared to dial down hostilities that brought the arch enemies to the brink of another war. But it`s unclear whether the calm will hold. A Pakistani official in Washington, speaking on the condition of anonymity, cautioned that unless the tensions were reduced, there was a "very strong likelihood" that Pakistani troops would be moved from the border with Afghanistan to reinforce positions near India.

Pakistan’s UN Ambassador Maleeha Lodhi told Reuters that Islamabad`s focus could completely shift to its eastern border with India. "If the crisis with India continues, Pakistan will be obliged to keep our entire focus on our Eastern border. That may affect our efforts on our Western front," Lodhi said.

The Pakistani official in Washington said Pakistan had not been focused on Afghanistan since tensions with India increased last month, and it would have implications for peace talks. Some current and former US officials say Islamabad may be over-stating the risks of fallout on Afghan peace talks, which resumed over the weekend in Doha. Speaking on condition of anonymity, they noted that Islamabad has its own self-interests in mind as it seeks to influence the peace process in neighboring Afghanistan.

But other US officials acknowledge a major crisis involving India would be all-consuming for Islamabad, and say it`s another reason why lowering tensions is so important. In Afghanistan, which fears its country is being used as a proxy for tension between India and Pakistan, the foreign ministry summoned Pakistan`s envoy to Kabul after he made similar warnings.

Veteran diplomats say that if the United States pushes Pakistan too hard on combating militants, Islamabad could diminish its support for the peace process. Dan Feldman, a former US special representative for Afghanistan and Pakistan, said many of the Pakistani officials who dealt with India were also responsible for Afghanistan, and that tensions could impact peace talks.

He said a lack of US focus on South Asia was problematic. "We need much more focus and strategic thinking from the Trump Administration on this region, and an effective way of implementing that strategy," Feldman said.