After US backs Opposition leader, Venezuela breaks all diplomatic ties

The President`s announcement comes amid raging protests in the South American country, with protesters demanding fresh elections to be held. 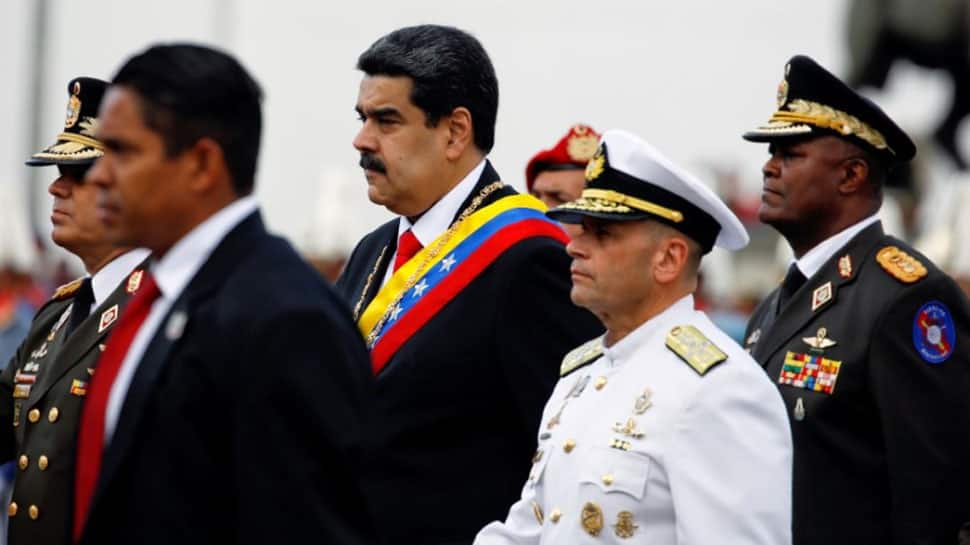 Caracas [Venezuela]: After the USA recognised opposition leader Juan Guaido as the Interim President, the beleaguered President Nicolas Maduro broke off all diplomatic ties with the USA, giving American diplomats 72 hours to leave the country.

"Before the people and nations of the world, and as constitutional President...I’ve decided to break diplomatic and political relations with US. Get out! Leave Venezuela. We have (our) dignity dammit!" Maduro told a crowd of red-shirted supporters gathered at the Miraflores Presidential palace on Wednesday.

The President`s announcement comes amid raging protests in the South American country, with protesters demanding fresh elections to be held.

"The imperial government of the United States is leading a coup attempt against us in order to install a puppet presidency that they can control Venezuela," CNN quoted Maduro as further saying from the balcony at Miraflores.

The opposition-controlled National Assembly, which is presided over by Guaido, called for Wednesday`s nationwide protests on a symbolic date for the Venezuelans. Around 61 years ago on this date, a civil and military uprising in the nation had overthrown former Venezuelan dictator, General Marcos Perez Jimenez.

The economic crisis in the nation, coupled with a food shortage, has strengthened an anti-Maduro sentiment across the South American nation, with the opposition accusing Maduro of "usurping power"."The citizens of Venezuela have suffered for too long at the hands of the illegitimate Maduro regime. Today, I have officially recognized the President of the Venezuelan National Assembly, Juan Guaido, as the Interim President of Venezuela," US President Donald Trump had tweeted in Guaido`s support on Wednesday (local time).

Countries like Colombia have extended their support for Guaido as the Interim President of Venezuela, with the USA urging other "western hemisphere governments" to recognise Guaido`s leadership.

Tags:
Juan GuaidoPresidentNicolas Maduro broke off all diplomatic ties with the USAgiving American diplomats 72 hours to leave the country.
Next
Story