"I and the Queen are very pleased and delighted to see all the citizens together to express goodwill for my coronation," the king said in his speech. 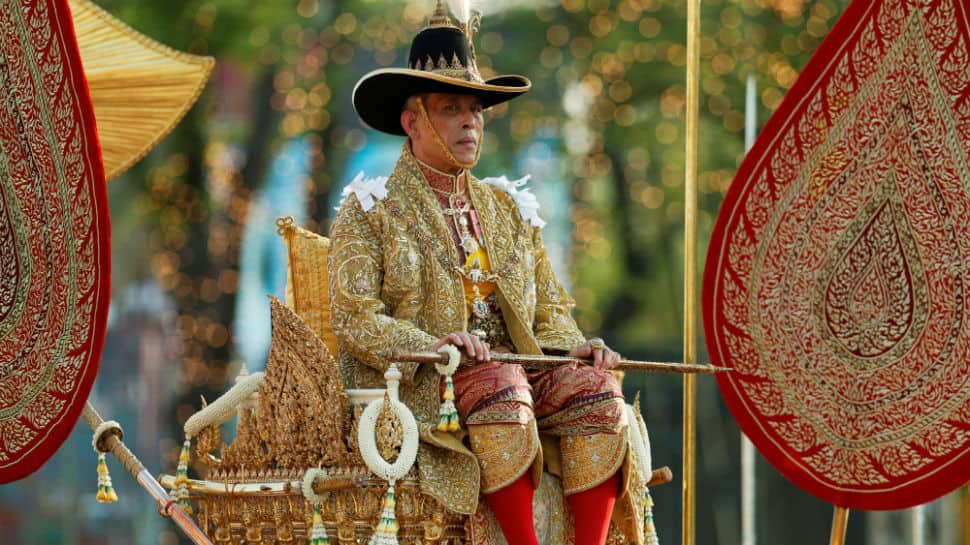 BANGKOK: Thailand`s King Maha Vajiralongkorn greeted thousands of his subjects from a balcony of his Grand Palace on Monday, the third and final day of coronation ceremonies.

The king and queen were greeted with a band playing the royal anthem and a 21-gun salute.

The monarch and new Queen Suthida waved to a large crowd wearing yellow, the colour associated with the king, and waving flags in a royal audience, a day after a grand procession through Bangkok.

"I and the Queen are very pleased and delighted to see all the citizens together to express goodwill for my coronation," he told them in his speech, thanking citizens for their blessings and wishing them happiness and success.

"May the unity in expressing your goodwill to me today be a good start for everyone, every party to unify your duties for the prosperity of our country."

The three branches of the armed forces saluted the king before the prime minister and crowd chanted, "Long live the king!"

The king then met foreign ambassadors and thanked them for their attendance, concluding the coronation ceremonies.

The coronation started on Saturday, after a long period of official mourning for the king`s revered father, who died in October 2016 having reigned for 70 years.

On Sunday, the king was carried through the streets on a gilded palanquin for the royal procession. Well-wishers, all wearing yellow, gathered from early morning along the 7 km (4 mile) route from the Grand Palace to three royal temples.

Since becoming king 18 months ago, Vajiralongkorn has moved to consolidate the authority of the monarchy, including taking more direct control of the crown’s vast wealth with the help of the military government.