China-based AIIB on July 23 confirmed that it is not considering the Amaravati Sustainable Infrastructure and Institutional Development Project, barely six days after the World Bank dropped the project. 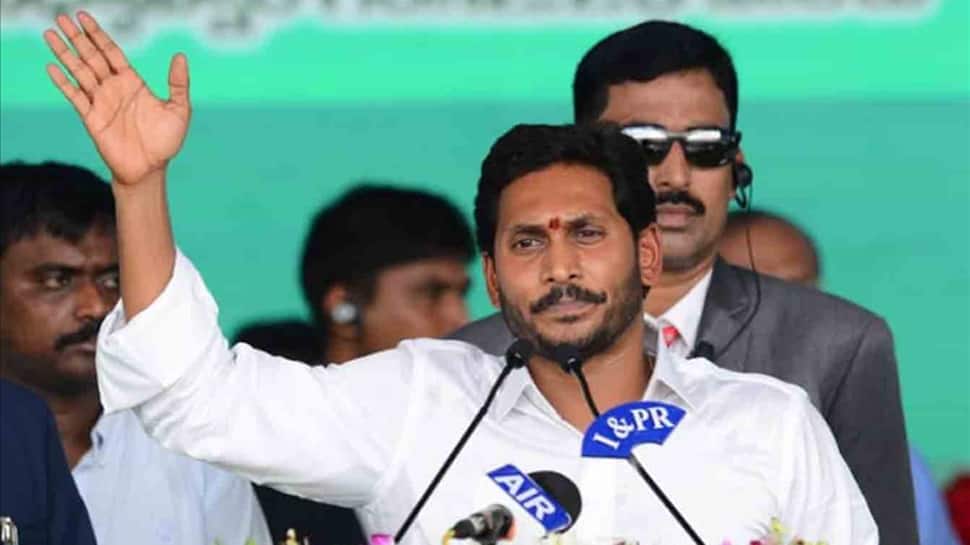 Hyderabad: The fate of Andhra Pradesh`s new capital city Amaravati hangs in balance with the World Bank and Asian Infrastructure Investment Bank (AIIB) pulling out of a project to fund its development.

China-based AIIB on July 23 confirmed that it is not considering the Amaravati Sustainable Infrastructure and Institutional Development Project, barely six days after the World Bank dropped the project.

The World Bank and AIIB had committed $300 million and $200 million respectively for the project.

The development dealt a big blow to YSR Congress Party (YSRCP) government which came to power about two months ago and raised a question mark on Amaravati, the brain child of then Chief Minister N Chandrababu Naidu.

With his priorities entirely different from his predecessor, YS Jagan Mohan Reddy is keeping everyone guessing about the future of Amaravati.

Allocation of a meagre Rs 500 crore for the state capital in 2019-20 budget has only added to the doubts.

With the state`s precarious finances and no help coming from the Centre, all eyes are on Jagan Reddy`s next move over Amaravati.

Ever since the new government assumed office, the works on various components of the state capital came to a grinding halt, hitting the real estate market and causing concern among farmers, who had come forward to give 33,000 acres of land under land pooling scheme, and other stakeholders.

With Jagan Reddy in no mood to allow resumption of works without a thorough probe in what he called scams committed by the Naidu government, it may take a long time before some sort of construction activity resumes.

While Amaravati was Naidu`s dream project and he had set ambitious goals of making it one of the best cities in the world, Jagan Reddy won the elections on the promises made for the welfare of various sections of people.

By announcing a series of doles for farmers, economically and social weak and unemployed over last two months, the chief minister sent a clear message as to what will be his priorities.

Jagan Reddy`s emphasis has been on his demand to the Centre to accord Special Category Status (SCS) to the state as promised at the time of bifurcation of combined Andhra Pradesh.

Analysts say, in such a situation the Centre is also not likely to provide any assistance for Amaravati. It has so far provided only Rs 1,500 crore, which is a very small amount compared to the plans to build the capital at a whopping cost of Rs 1.5 lakh crore in three phases.

The pulling out of World Bank and AIIB from Amaravati project may lead to more investors following suit. This coupled with the recent bill passed by state legislature for providing 75 per cent reservations to locals in all the industries could affect the investment climate.

"If something is not done immediately, the investors will think twice before pumping in their money," said political analyst P. Raghavendra Reddy.

He believes that with the state getting no help whatsoever from the Centre, things will become very tough for YSRCP government.

Analysts say Jagan Reddy will have to clear the air at the earliest over Amaravati to win the confidence of investors. "Even if he wants to scale down the proposed area and declare that he will build only core capital, he will have to make things clear before the investors," said Raghavendra Reddy.

Before Andhra Pradesh went into election mood early this year, works valued at Rs 38,000 crore were going on while works for another Rs 12,000 crore were under tender and planning stage.

Over 20,000 workers and hundreds of engineers were working on various projects like laying of roads, basic amenities, construction of housing towers for MLAs, All India service officers, state government employees, secretariat, building for heads of the departments and permanent high court.

With nine theme cities, and 27 townships, Amaravati was planned in an area of 217 square kilometres as world-class city.

Singapore government had made free master plan for capital region, capital city and seed area. It was designed not merely as an administrative capital but economic and job creating hub and tourism centre.

Amaravati had attracted attention of investors from countries like Australia, Japan, Germany, Singapore and Britain.