A former IPS officer, Sunita was speaking at AAP's ITO office when she said that the election campaigning saw several ups and down but the party members had complete faith in their work. 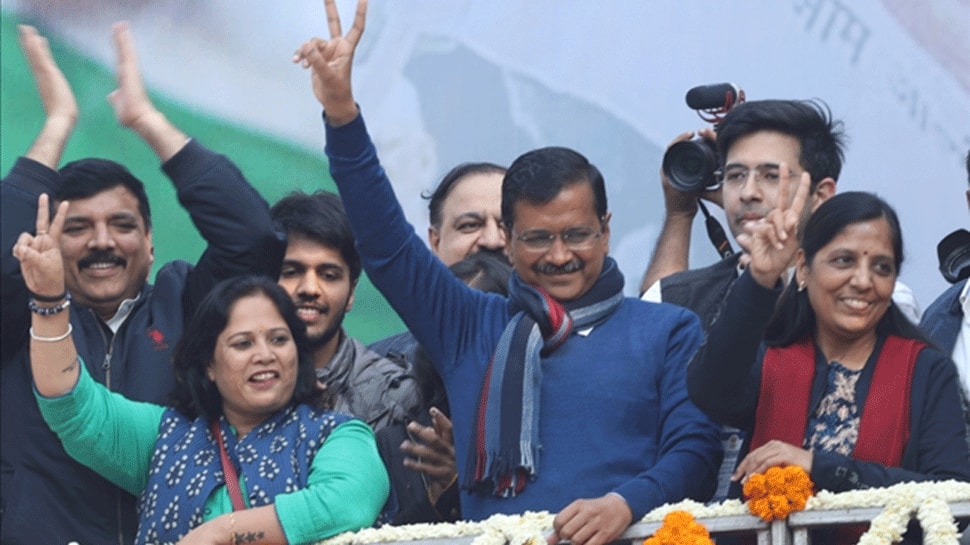 New Delhi: As Aam Aadmi Party (AAP) registered a massive victory in Delhi general election and is poised to win at least 62 seats out of total 70, party supremo and Delhi Chief Minister Arvind Kejriwal's wife Sunita Kejriwal said that she could not have asked for a better birthday gift than the mandate given by the people in the poll.

"Delhi people have given me a gift, could not have asked for a better gift. There was anxiety, several ups and downs were going on. We trusted our work. Delhi has made 'kaam' (work) victorious," Sunita said.

A former IPS officer, Sunita was speaking at AAP's ITO office when she said that the election campaigning saw several ups and down but the party members had complete faith in their work. She also added that the personal attacks made by Opposition parties on her husband and Delhi CM were totally uncalled for and said, that election can be fought positively.

Kejriwal's 24-year-old daughter Harshita, an IITian, who was also present at the party headquarters, said she had taken leave from her office to campaign for the party and would join back work in March.

According to latest trends projected by the Election Commission, AAP has registered win in at least 50 seats and is leading in 12 others, while BJP has won six seats and is ahead in two. Congress once again failed to win a single seat in the Delhi Assembly election.