Ahead of the swearing-in ceremony of Aam Aadmi Party (AAP) supremo Arvind Kejriwal on February 16 in the national capital, the Delhi Police on Friday issued a traffic advisory. 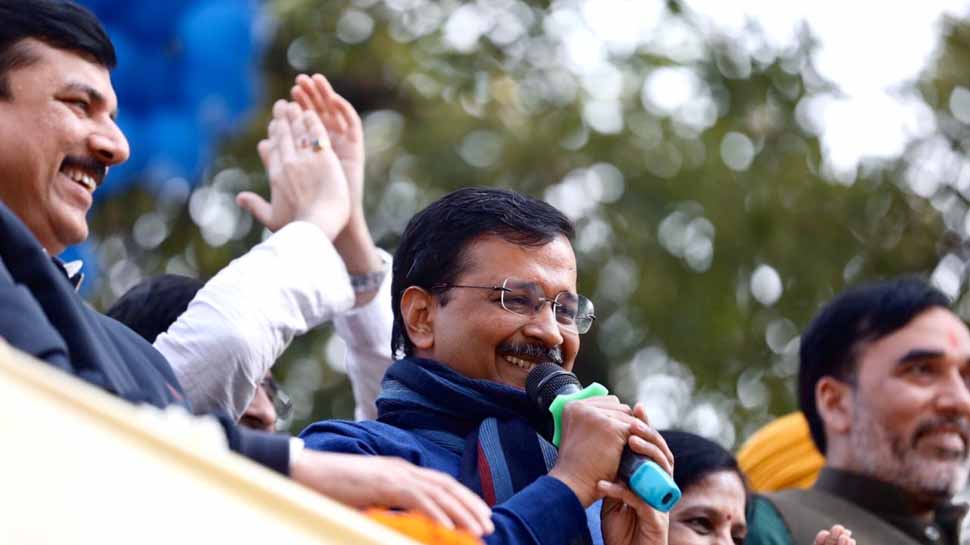 Ahead of the swearing-in ceremony of Aam Aadmi Party (AAP) supremo Arvind Kejriwal on February 16 in the national capital, the Delhi Police on Friday issued a traffic advisory.

The ceremony is scheduled to take place at the Ram Leela Ground at 12.15 pm and the traffic regulation will be in place in the area from 8 AM to 2 PM.

The general parking for cars shall be at inside and behind the Civic Centre. The General Parking for buses would be on Mata Sundri Road, Power House road, Velodrome Road, Rajghat Parking, Shanti Van Parking, Service roads Rajghat and Samta Sthal as per requirements.

The OB Vans shall be parked on the footpath of JLN Marg. opp. Ram Lila Maidan beyond Gate No. 2 up to R/A Kamla Market.

Kejriwal, who spearheaded the party's landslide victory in the Delhi Assembly polls, will take oath as the Chief Minister for the third consecutive time in a grand public ceremony, amid indications all the incumbent ministers will be retained in the seven-member cabinet.

The AAP returned to power winning 62 of the 70 assembly seats in the Delhi election held on February 8. While the Bharatiya Janata Party (BJP) has won eight seats, the Congress drew a blank.