With 42 being the magic figure, it will not only need its former ally AJSU but Babulal Marandi's party as well. While the BJP is confident of striking a "deal" with AJSU, it is not as sure about the JVM. This is the reason, a premature overture is made towards the JVM. 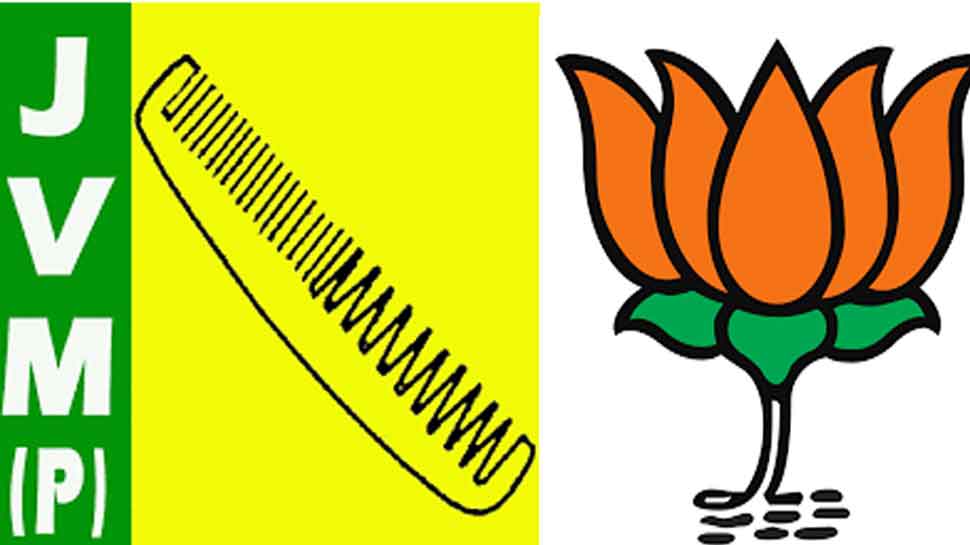 New Delhi: The BJP has warmed up to the Babulal Marandi-led Jharkhand Vikas Morcha (Prajatantrik) which is leading in four seats, say party sources. In fact, a call has already been made to a close aide of Marandi and the BJP is looking forward to a post-lunch meeting between Marandi and BJP`s Om Mathur, when the BJP wishes to propose a "merger" talk.

The Bharatiya Janata Party is leading in 29 seats while the alliance is leading in 42, according to Election Commission data. But the BJP thinks, this is too early and fluid a situation and the BJP is set to cross 30.

With 42 being the magic figure, it will not only need its former ally AJSU but Marandi`s party as well. While the BJP is confident of striking a "deal" with AJSU, it is not as sure about the JVM. This is the reason, a premature overture is made towards the JVM.

BJP is hopeful as Marandi himself has been a former member of BJP and under his leadership the BJP had tasted success in the state. Though a santhal himself, Marandi`s politics has always been of anti-JMM. This is one more reason for the BJP to sound confident. The BJP is also exploring options to offer Marandi to merge with the BJP in exchange of a "sweet deal". Marandi had resigned from the BJP, way back in 2006 and floated his political party.

What`s heartening for BJP, when Marandi, while speaking to media in Ranchi on Monday morning, did not rule out a post poll alliance with the BJP, saying it`s premature before adding he is "in touch" with a "few".

Om Mathur, who is the BJP`s Vice President and also BJP`s election in-charge of Jharkhand, is asked to listen to the "demand" of Marandi, rather than offer anything, in the first meeting, said a party source.

But, all of this will make sense for BJP only if the JMM-Congress-RJD alliance is restricted within 35 seats. As Mathur prepares to hold talks with JVM-P, its senior leadership are glued to television screens in Delhi.