In addition, several allies of NDA, this time chose to contest the 2019 assembly election on their own. Ram Vilas Paswan's Lok Janshakti Party (LJP) and the Nitish Kumar-led Janata Dal (United) also contested the polls solo. 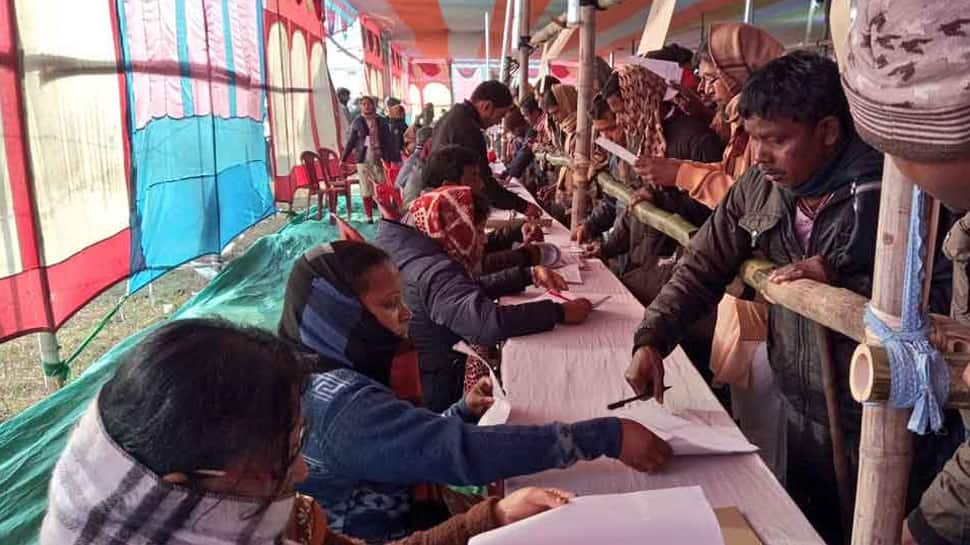 The counting of votes for 81 assembly seats in Jharkhand will begin at 8 am on Monday at 24 districts headquarters. The first result is expected by around 1 pm. The seats went to polls in five phases from November 30 to December 20. The BJP is hoping to retain power in the state following facing setbacks and winning fewer seats than expected, in both Maharashtra and Haryana assembly elections, in comparison to 2014 elections.

In addition, several allies of NDA, this time chose to contest the 2019 assembly election on their own. Ram Vilas Paswan's Lok Janshakti Party (LJP) and the Nitish Kumar-led Janata Dal (United) also contested the polls solo. The Opposition grand alliance, led by Hemant Soren's Jharkhand Mukti Morcha, which also included Congress and RJD, on the other hand, is also hoping to oust BJP from the state.

In 2014, the BJP and AJSU alliance fetched 42 seats, but Sudesh Mahto who led AJSU in the polls decided to jump into the Jharkhand battleground alone, without his old ally. Mahto lost the Ranchi Lok Sabha elections in 2014 after he was trounced in a bypoll in 2018 by a JMM greenhorn from Silli. In the backdrop of these political developments, Babulal Marandi-led JVM acquires a distinct position.

In case of a hung Assembly, AJSU and JVM-P could emerge as key players in the next government formation. According to the Election Commission, the approximate voter turnout for all the 81 assembly constituencies across the five phases was 65.17 per cent as compared to the 66.53 per cent recorded in the 2014 elections.

Key candidates: Raghubar Das is contesting from the Jamshedpur East seat against his ex-cabinet colleague Saryu Rai, who is fighting as an independent, and Congress candidate Gourav Vallabh. Former Chief Minister Hemant Soren is the fray from two seats -- Dumka and Barhet. BJP has pitted Women and Child Development Minister Louis Marandi in Dumka against Soren.

Among other big leaders are AJSU President Sudesh Mahto, who lost the 2014 Assembly poll, and is trying his luck again from Silli seat and former Chief Minister and JVM-P chief Babulal Marandi who is fighting from Dhanwar Assembly seat. Jharkhand Agriculture Minister Randhir Singh is contesting from Sarath constituency, former deputy chief minister and sitting JMM MLA Stephen Marandi is in the poll fray from Maheshpur and JD(U)`s Salkhan Murmu is fighting from Sikaripara.