Will not contest on less than 42 seats, willing to hold talks with Babulal Marandi: JMM leader Hement Soren

JMM leader Hemant Soren said that his party will release the first list of candidates for upcoming Assembly election in Jharkhand on November 8 (Friday). 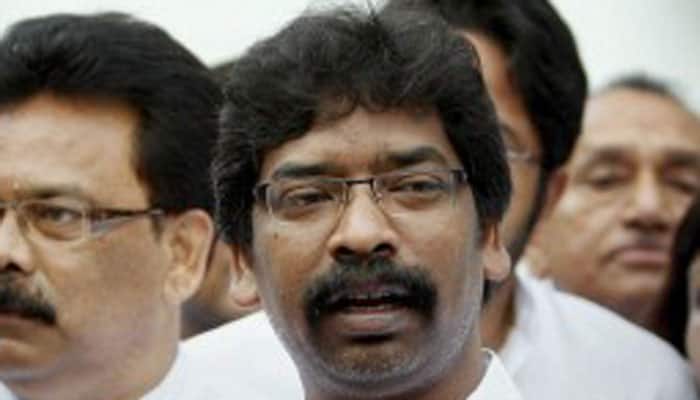 Days ahead of Assembly election in Jharkhand, the working president of Jharkhand Mukti Morcha (JMM), Hemant Soren, on Wednesday said that his party will not contest on less than 42 seats in 81-member state Assembly.

The former Jharkhand chief minister said that JMM will release the first list of candidates for the upcoming Assembly election on November 8 (Friday). Soren added that the chief ministerial face of the grand alliance will also become clear before Friday. It is to be noted that JMM had contested the 2019 Lok Sabha election in alliance with Congress, Rashtriya Janata Dal and Jharkhand Vikas Morcha and it is expected that the party will contest the upcoming Assembly election together with Congress and RJD. JVM leader Babulal Marandi recently announced that his party will not contest the upcoming election in alliance with any party and JVM will field candidates on all 81 seats in the state.

Soren said that he has sought time from Marandi to hold discussions over seat-sharing arrangement but the JVM leader is yet to respond to his request. Soren expressed confidence that Marandi will reconsider his decision to split from the grand alliance and all parties of grand alliance will reach an agreement over the sharing of seats.

The 81-member Jharkhand Assembly will go to the polls in five phases from November 30 to December 20 and counting of votes is scheduled to take place on December 23.