Speaking at the 59th SIAM Annual Convention, Gadkari said that the Finance minister is trying to resolve the difficulties and issues faced by the auto industry. 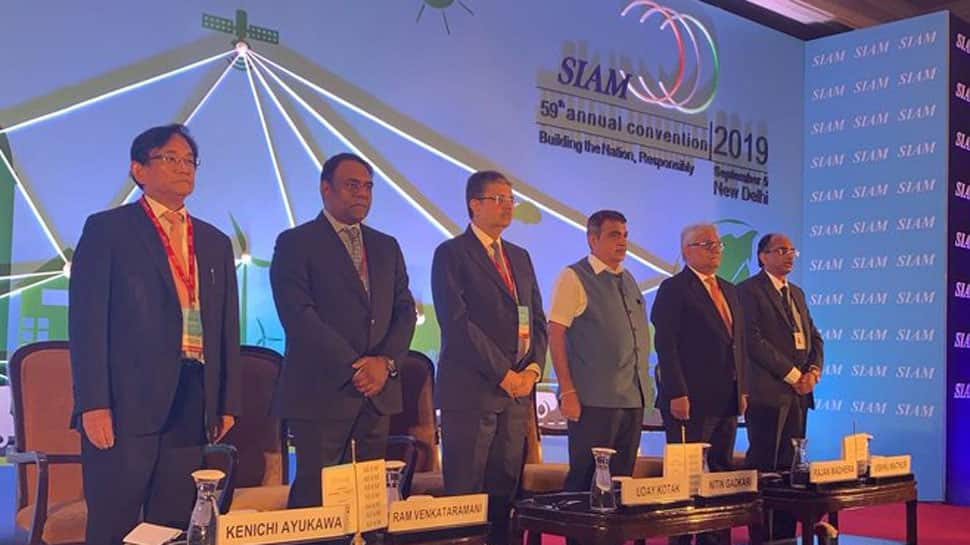 New Delhi: Minister of MSME and Road, Transport and Highways Nitin Gadkari on Thursday said that government will award construction work worth Rs 5 lakh crore to boost the Automobile sector which is passing through a rough phase.

Speaking at the 59th SIAM Annual Convention, Gadkari said that the Finance minister is trying to resolve the difficulties and issues faced by the auto industry.

He further said that there were discussions and the ministry had received suggestions that petrol-diesel vehicles be banned.

“I would like to clearify that govt does not intend to ban petrol and diesel vehicles. We aren't going to do anything like that,” Gadkari added.

Gadkari also added that the long pressed issue by Society of Automobile Industry (SIAM) for reducing GST on petrol and diesel vehicles will be taken up with finance minister Nirmala Sitharaman.

“We will make a recommendation to the Finance Minister to lower taxes on fuel to help the Automobile Industry”, he said.

The Road Transport and Highways minister further stated that 68 projects relating to express highway etc will be brought into market in next 3-4 months.

Will make recommendation to FM to lower taxes on fuel to help Auto Industry: Nitin Gadkari