China Open: PV Sindhu, Sai Praneeth through to second round

Sindhu took a four-point lead first up before Li fought back to get the first game level at 9-9. 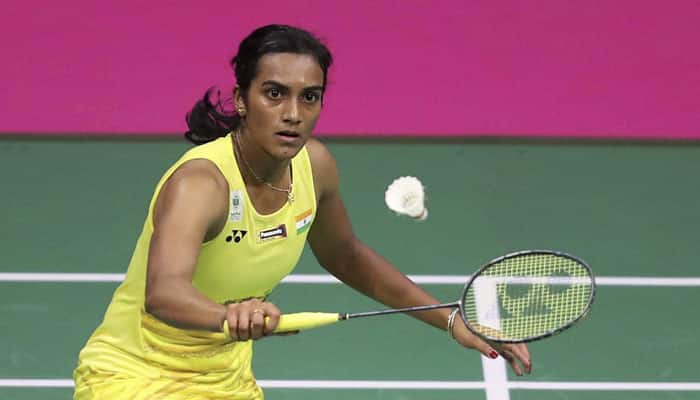 PV Sindhu on Wednesday cruised to the second round of the 2019 China Open with a straight-game win over Chinese Olympic gold medallist Li Xuerui. In a match that lasted 34 minutes, Sindhu beat Li Xuerui 21-18, 21-12 to reach the second round where she will face either Thailand's Pompawee Chonchuwong or Canada's Michelle Li.

Sindhu took a four-point lead first up before Li fought back to get the first game level at 9-9. After the interval, Sindhu took control of the game. Although Li managed to save four-game points in the end, Sindhu took the game 21-18.

Li started the second game on the front foot. Sindhu was trailing 6-2 at one point but once the reigning world champion got into her groove, there was no looking back. Sindhu raced into the lead and ended up winning the second game by a comfortable margin of nine points.

Sindhu's fellow World Championship medallist Sai Praneeth also booked a place in the second round with a hard-fought three-game win over Thailand's Suppanyu Avihingsanon 21-19, 21-23, 21-14. He will next face China's Lu Ghuangzu.

Reddy will next be featuring in women's doubles with Ashwini Ponnappa later in the day. Other Indians yet to play their matches are Parupalli Kashyap in men's singles and Manu Attri and Sumeeth Reddy in men's doubles.

Badminton: Saina Nehwal crashes out of China Open in first round