Indian shuttlers get tough draw at All England Championship

India's top shuttlers PV Sindhu and Saina Nehwal, are currently playing the Senior National Championships and will head straight to Birmingham for the prestigious tournament, starting from March 6. 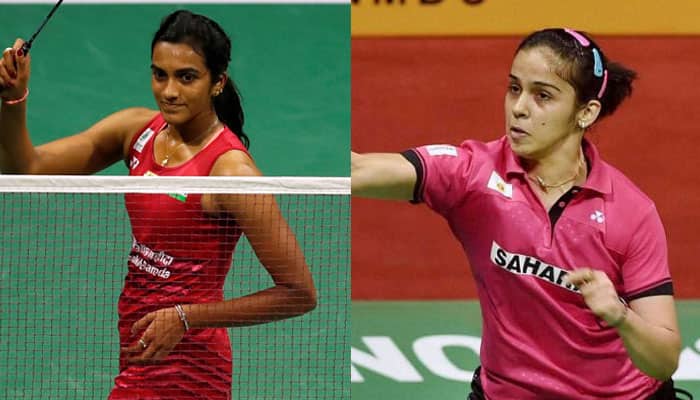 India's dream of breaking an 18-year-old title jinx at the All England Championship got tougher after the country's shuttlers, including PV Sindhu and Saina Nehwal, were handed a tricky draw in the World Tour Super 1000 tournament in Birmingham.

Olympic and World Championship silver medallist Sindhu, who had reached the semi-finals last year, will open her campaign against South Korea's Sung Ji Hyun, while Indonesia Masters champion Saina takes on Scotland's Kristy Gilmour in the first round.

Both Sindhu and Saina are currently playing at the Senior National Championships and will head straight to Birmingham from here for the prestigious tournament, starting from March 6.

Sindhu will have to be cautious against Hyun, who had defeated her at the Hong Kong Open last year.

If she gets past Hyun, the Indian is likely to face third seed Chen Yufei in the quarter-final.

Former world number one Saina, who had reached the All England final in 2015, made a good start to the new season with a semi-final finish at the Malaysia Masters and a title win at Indonesia.

But, the London Olympics bronze medallist is expected to face world number one Tai Tzu Ying of Chinese Taipei in the quarter-finals.

Saina had lost her last 11 encounters against Tai, who had an injury-marred end to the last season.

The Indian duo, will also fancy their chances after three-time world champion Carolina Marin of Spain has been ruled out due to the knee injury suffered during the Indonesia Masters final.

In men's singles, Kidambi Srikanth, who missed the Senior Nationals due to a minor issue with his ankle, will take on Frenchman Brice Leverdez in the opening round.

He is likely to meet world number one Kento Momota in the quarter-finals.

Sameer Verma, who reached the semifinals at World Tour Finals, will start his campaign against former world number one Viktor Axelsen of Denmark.

Among others, B Sai Praneeth and HS Prannoy will face each other in the opening round with the winner likely to take on Indonesia's Anthony Ginting.

Indian women's doubles pair of Ashwini Ponnapa and N Sikki Reddy will be meeting seventh-seeded Japanese duo of Shiho Tanaka and Koharu Yonemoto, while Meghana Jakkampudi and Poorvisha S Ram will square up against Russia's Ekaterina Bolotova and Alina Davletova.

In men's doubles, National champion Manu Attri and B Sumeeth Reddy will face China's Ou Xuanyi and Ren Xiangyu in the first round.

The last time an Indian had won the All England Championship was way back in 2001 by current national coach Pullela Gopichand, while Prakash Padukone was the first from the country to win the coveted crown in 1980.