Eight seed Saina, who had reached the semifinals last week at Malaysia Masters, beat Thailand's Pornpawee Chochuwong 21-7 21-18 to make it to the last four of women's singles. 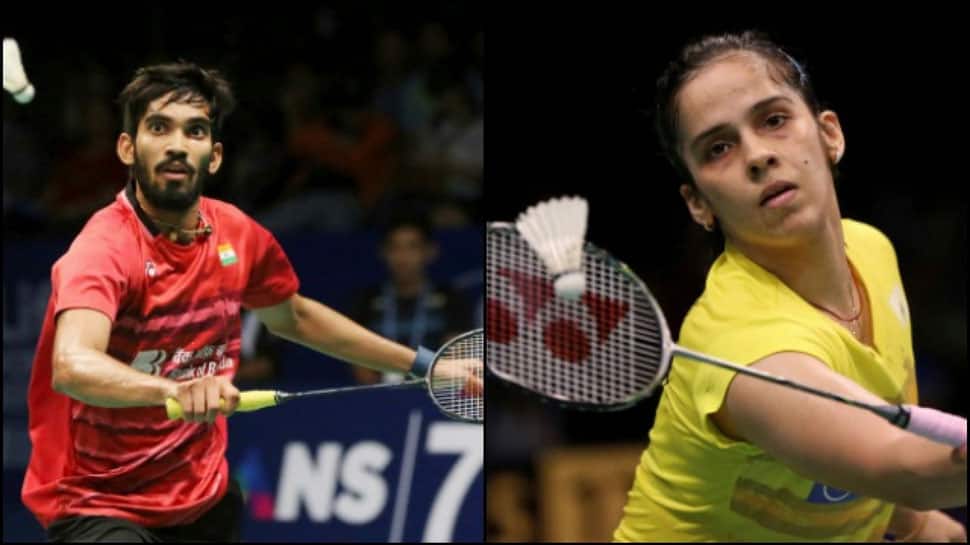 Saina Nehwal hardly broke a sweat on way to her second consecutive semifinal of the season but Kidambi Srikanth made an exit after losing his quarterfinal match at Indonesia Masters badminton tournament on Friday.

Eight seed Saina, who had reached the semifinals last week at Malaysia Masters, beat Thailand's Pornpawee Chochuwong 21-7 21-18 to make it to the last four of women's singles.

The two-time Commonwealth Games champion will next face the winner of the quarterfinal match between two Chinese shuttlers -- He Bingjiao and Chen Xiaoxin.

Srikanth, however, had to settle for a second quarterfinal finish after losing 18-21 19-21 to local hero and Asian Games champion Jonatan Christie.

Saina enjoyed a good start and soon galloped to a 11-4 lead at the interval. The indian continued to dominate proceeding after the interval, moving in quick bursts of points to close out the opening game comfortably.

In the second game, Chochuwong ran to 8-4 lead but Saina caught up with her at 12-12 before going ahead and shut the door on her opponent.

In the men's singles quarterfinals, Srikanth tried to put pressure on his rival but Jonatan was solid in his defence and with the Indian making errors, the Indonesian led 11-7 at the break.

Srikanth caught up with Jonatan at 15-15 after making few good saves. The Indian then unleashed a straight smash to lead 17-16 for the first time in the match.

But Srikanth committed two many unforced errors and also made a misjudgement at the backline to hand over game points to the Indonesian who sealed it with a half smash.

Jonatan raced away to a 6-0 lead before a spinning net shot helped Srikanth to log first points in the second game. However, the Indonesian managed to lead 11-4 at the breather after Srikanth failed to reach a shot at the forecourt.

After the break, Jonatan maintained the lead to reach 15-8. The Indian grabbed three quick points but a weak return from the backline found the net. Srikanth reduced the deficit to 14-16 by pushing the shuttle at the back court.

Srikanth brought the equation down to 18-19 before Jonatan made an error of judgment at the back court.

But the Indonesian made amends immediately as he unleashed a smash to reach match points before grabbing the match with another return.