Indian shuttlers PV Sindhu and Kidambi Srikanth progressed to the second round of the ongoing Indonesia Open after winning their respective first-round matches on Wednesday. 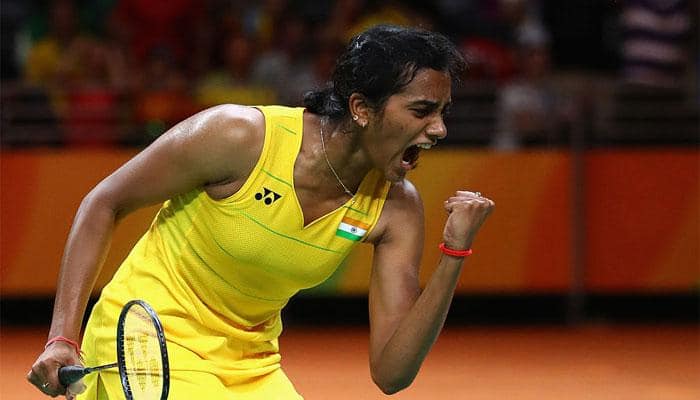 Indian shuttlers PV Sindhu and Kidambi Srikanth progressed to the second round of the ongoing Indonesia Open after winning their respective first-round matches on Wednesday.

Twenty four-year-old Sindhu lost the first set against Ohori but she was able to bounce back in the second and third set to win the match that lasted for almost an hour.

Srikanth had a field day as he brushed aside Nishimoto`s challenge in under 40 minutes.

On Tuesday, Indian doubles pair of Satwiksairaj Rankireddy and Chirag Shetty advanced to the second round as they defeated Goh Sze Fei and Nur Izzuddin 21-19, 18-21, 21-19 in a first-round match.

In the mixed doubles event, Pranaav Jerry Chopra and N Sikki Reddy defeated Robin Tabeling and Selena Piek 25-23, 16-21, 21-19 to advance to the second round.

However, in the women`s doubles category, India`s Ashwini Ponnappa and N.Sikki Reddy suffered a setback as they were defeated by Vivian Hoo and Yap Cheng Wen 22-20, 20-22, 22-20.