India's Rituparna Das will lock horns with fellow countrywoman Shruti Mundada later on Friday for a place in the semi-final of the tournament. 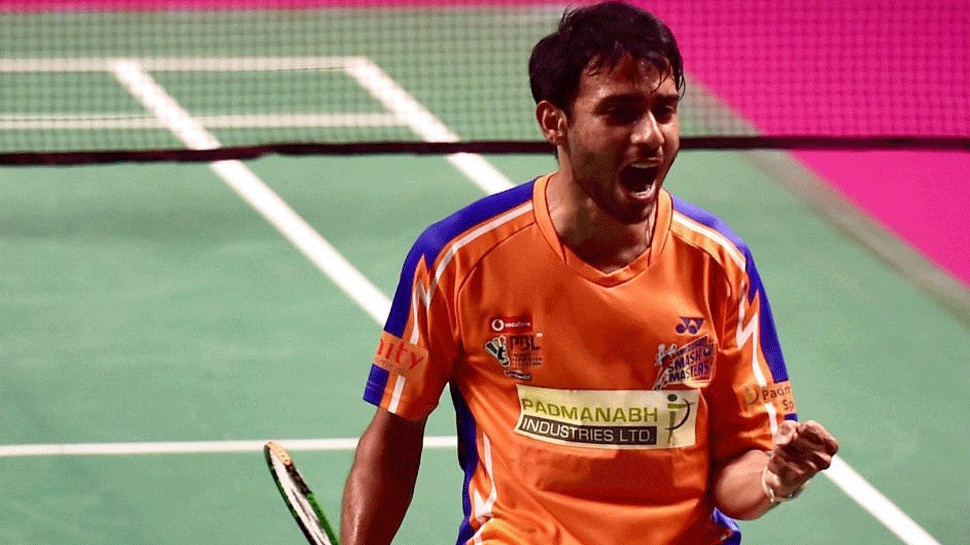 Indian shuttler Sourabh Verma on Friday booked his place in the semi-final of the ongoing Syed Modi International Badminton Championships after registering straight games win over Kunlavut Vitidsarn of Thailand in the quarter-final clash of the tournament in Lucknow.

The 36-year-old continued his good form in the tournament so far as he eased past his Thailand opponent 21-19, 21-16 in a thrilling clash of the men's singles event that lasted 40 minutes.

Sourabh will now lock horns with Heo Kwang Hee of Korea for a place in the summit showdown of the tournament.

Kidambi Srikanth--the other Indian in the fray--suffered a major blow as he crashed out of the Syed Modi International Championships after going down against seventh-seed Son Wan Ho of Korea 18-21,19-21 in a 45-minute quarter-final clash.

On Friday, Sourabh hardly broke a sweat as he eased past fellow compatriot Alap Mishra 21-11, 21-18 in the second-round match to storm into the last-eight.

Srikanth, on the other hand, had rebounded strongly from the game down against his fellow countryman Parupalli Kashyap to register an 18-21, 22-20, 21-16 win a thrilling pre-quarterfinal clash that lasted one hour and seven minutes.

Elsewhere, India's Rituparna Das will lock horns with fellow countrywoman Shruti Mundada later on Friday for a place in the semi-final of the tournament.