Akshara has a solid fanbase in the country and is quite popular on social media.

New Delhi: One of the most beautiful actresses of Bhojpuri film industry, Akshara Singh is often in limelight. Akshara is a big name in the Bhojpuri film world and has worked with almost every top actor of the industry. Apart from her impeccable acting, Akshara is known for her singing prowess as well.

Akshara has a solid fanbase in the country and has several big hits to her credit. She has as many as 719k followers on Instagram so far and her fan army. The top actress is pretty active on social media and regularly shares her pictures and videos to keep her fans entertained.

On Thursday, the Bhojpuri talent shared a pictures of herself in a floral print maxi dress and looked fresh as diva. She captioned her photo writing, "Verified  Strong soul shines after every STORM  #what #i #believe #positivevibesonly #onelife #spreadthelove."

Check out her photo below: 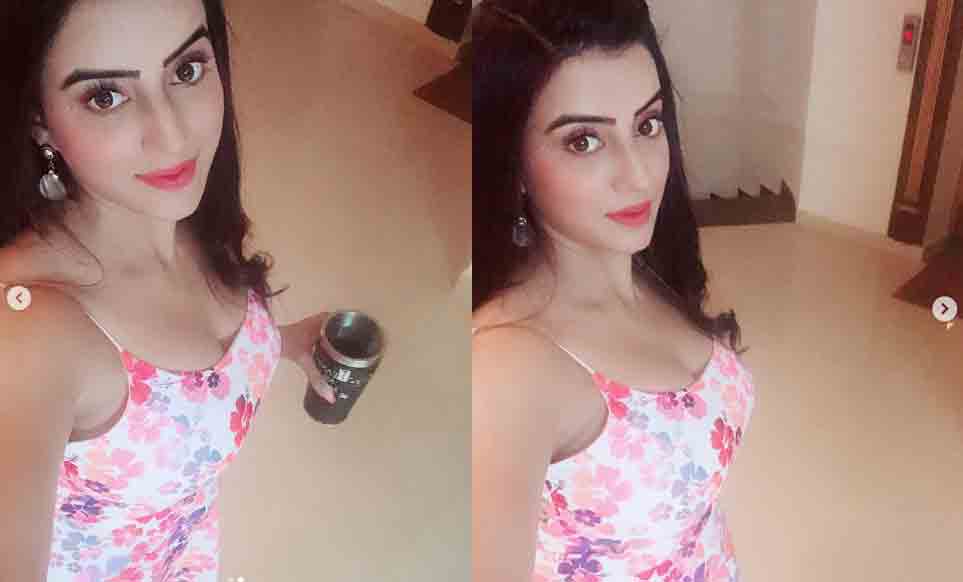 Akshara has worked with almost all the A-listers in Bhojpuri movies. The stunning actress began her journey as an actress in the television industry before venturing into Bhojpuri films. With over 50 movies old, Akshara is one of the highest paid actresses in the Bhojpuri film industry.

Not only acting, but Akshara is also blessed with another talent and that is singing. She has crooned many songs and has cut several albums. The actress has sung special devotional songs on important festivals such as—Kanwar and Navratri.