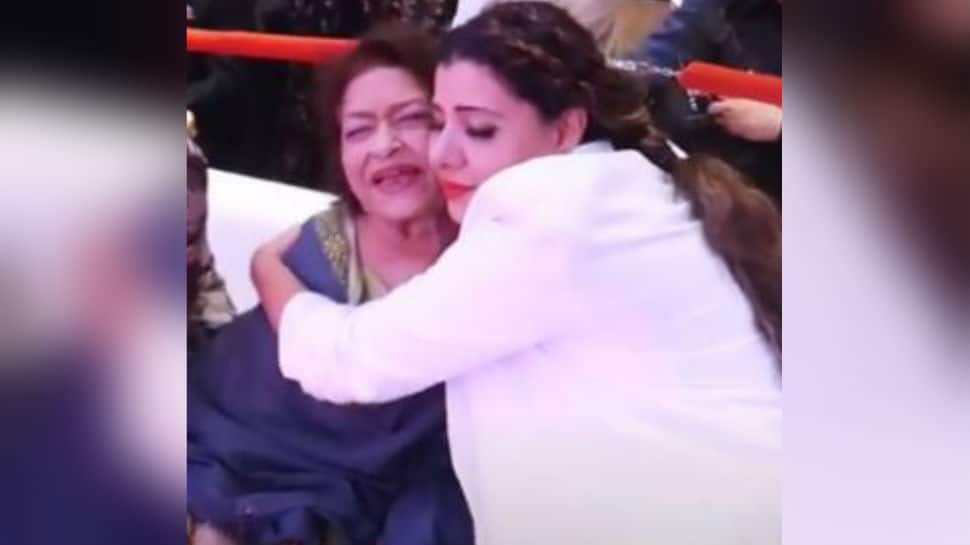 New Delhi: Condolence messages are pouring in for Bollywood choreographer Saroj Khan, who died after a cardiac arrest on Friday in Mumbai. She was 71. Saroj Khan had complained of breathing problems in June, following which she was admitted to Mumbai's Guru Nanak Hospital. Over the past few weeks, she had been experiencing multiple health issues, though she had tested negative for COVID-19. She breathed her last at around 1.30 am.

Bollywood celebs have mourned her demise with a heavy heart and so has the Bhojpuri industry. Celebs like Akshara Singh, Sambhavana Seth, Kajal Raghwani and other stars took to their respective social media accounts to pay tribute to the National Award-winning choreographer.

Akshara Singh wrote, "Queen of expression and grace. An institution in herself. Saroj ma'am. RIP." 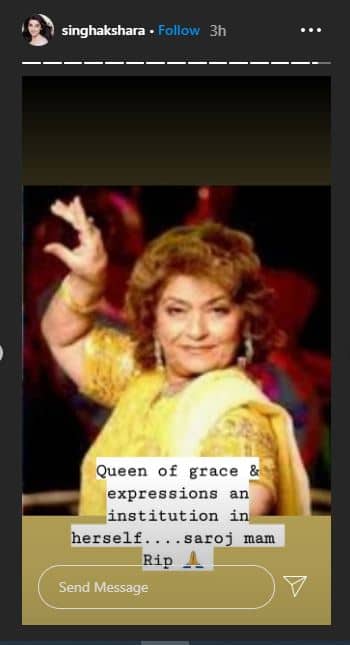 "I tried calling many times when I got to know you were not well but could not reach you..I wanted to meet you, hug you and help you the way you have always done for me..Got very few opportunities to work with you and those were the moments when you helped me realise my full potential..I will never forget those words - 'Meri Madhuri ke baad meri favourite tu hai' and gave me 500 rupees after the shoot..I Still have that token of appreciation with me..May your soul Rest In Peace Master Ji," she wrote. 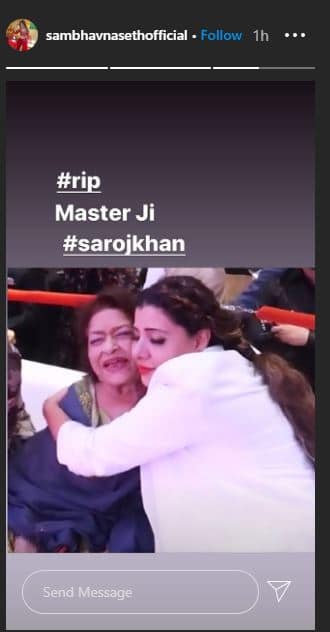 "Saroj khan was a genius choreographer, who impressed us with fabulous expressions dance moves & entertained all with her iconic work... shocked to know about Saroj ma'am demise. A big löss to the film industry. Condolences to their family. RIP Saroj khan ma'am. Legend, Om Shanti," wrote Kajal Raghwani in her tribute to Saroj Khan.

Saroj khan was a genius choreographer, who impressed us with fabulous expressions dance moves & entertained all with her iconic work... shocked to know about Saroj Maam demise. A big lss to the film industry. Condolences to der family. RIP Saroj khan ma’am #legend Om Shanti

Saroj Khan's last rites were performed at Malad burial ground. Few members of her family were allowed at the burial owing to social distancing norms.

One of the most prolific choreographers of the Hindi film industry, Saroj Khan, fondly called 'Master ji' in Bollywood, had called the shots in over 2,000 songs spanning over four decades.