Meanwhile, in a big relief to citizens of Bihar, a clear sky was witnessed in the city on Monday morning after three days of continuous downpour. 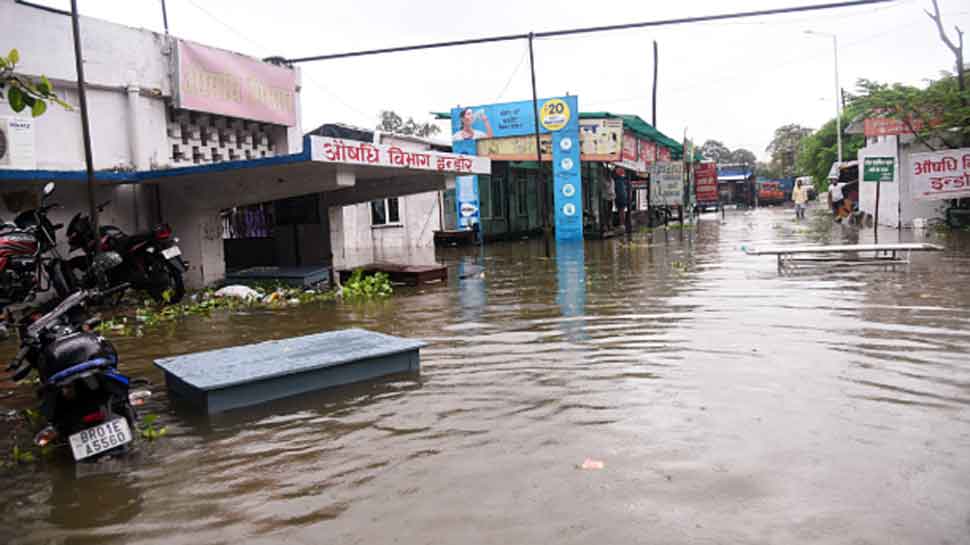 In an official statement, the Uttar Pradesh government said that almost 14 persons died and six were injured in separate wall collapse incidents on Sunday in Fatehpur, Mirzapur, Rae Bareli and Chandauli while three others died in lightening in Ghazipur.

The Uttar Pradesh CM Yogi Adityanath has issued instructions to the district administration to ensure adequate arrangements are at place and all efforts are made to help people. The Chief Minister also instructed to cancel leaves of all the officials as heavy rains ravaged parts of eastern Uttar Pradesh.

In Bihar, the death toll due to incessant rainfall and flood in different areas has risen to 29, officials said on Monday. According to the Bihar State Disaster Management Authority, till now, 29 people have died in the state in the last four days due to rainfall.

At least, four people died in rain-related incidents in Patna, six in Bhagalpur, one in Purnia, six in Gaya, one in Jamui, one in Begusarai and one in Sitamarhi.

Meanwhile, in a big relief to citizens of Bihar, a clear sky was witnessed in the city on Monday morning after three days of continuous downpour. The city had received 91 mm of rainfall till 8:30 am today.

According to the India Meteorological Department's Sunday prediction, Patna would receive more rainfall for the next few days accompanied by thunderstorms.

The authorities have set up milk-booths at different places across Patna so as to ensure that devotees aren't short of milk during Navaratri season. The District Magistrate has released an advisory ordering all educational institutions in the city to remain closed on both Monday and Tuesday, in view of the incessant rains and water-logging at several areas.

The Nitish Kumar government has requested the Indian Air Force (IAF) for two helicopters for lifting and airdropping food packets and medicines, in the flood-affected areas of the region.
At least 19 teams of National Disaster Response Force have been deployed in affected areas of Bihar.