The signing of MoU took place nearly three weeks after the Bihar Cabinet approved the allotment of Patna Metro Rail Project work to the DMRC. 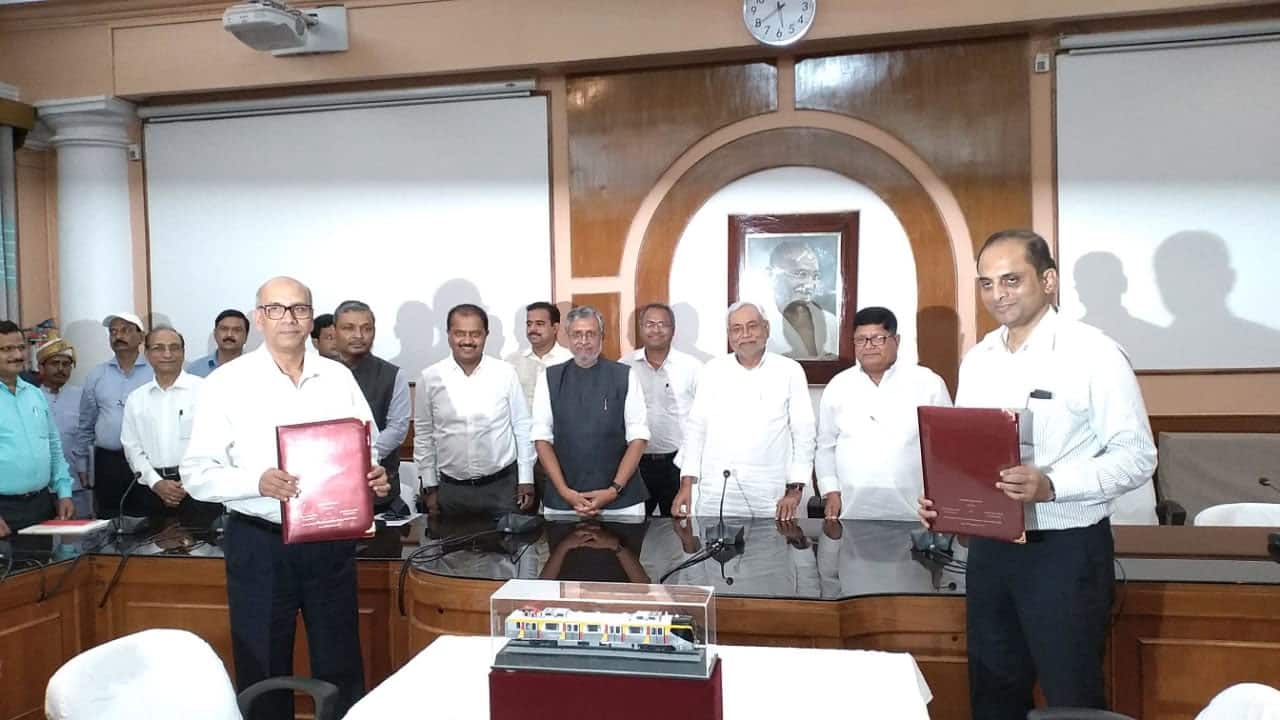 PATNA/NEW DELHI: The Nitish Kumar government in Bihar on Wednesday signed a Memorandum of Understanding (MoU) with the Delhi Metro Rail Corporation (DMRC) for the construction of the first phase of the Patna Metro Rail Project.

The MoU was signed in the presence of Chief Minister Nitish Kumar and his deputy Sushil Kumar Modi. Chaitanya Prasad, Chief Secretary, Urban Development, was among the other dignitaries who were present on the occasion.

The signing of MoU took place nearly three weeks after the Bihar Cabinet approved the allotment of Patna Metro Rail Project work to the DMRC.

Earlier this month, the Bihar Cabinet had allotted the Patna Metro work to DMRC on nomination basis which will complete the work on "Deposit Work Method" at a project cost of Rs 482.87 crore.

"It is expected that the construction work of Patna Metro will begin by the end of this year by completing the tendering process," Sanjay Kumar, Cabinet Secretariat Department's Principal Secretary, had told reporters.