The deeper game of electoral chess will see community leaders play a major role in shaping alliances and coalitions. 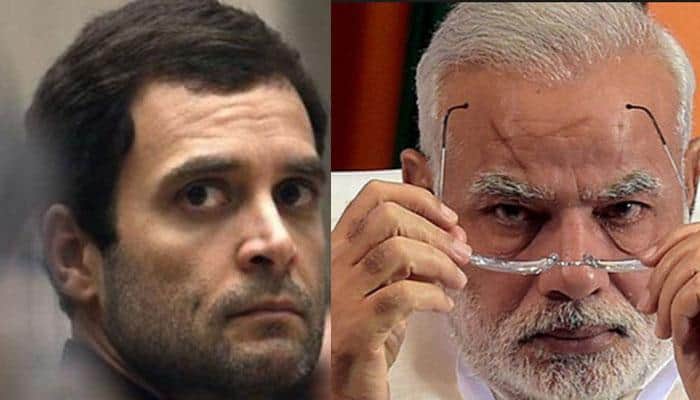 There are moments of epiphany when a bright flash of light appears in the mind's eye to give us an enlightening idea of some hard truth or knowledge. I had such a moment on the eve of the new year when I read about a political party from Uttar Pradesh called Nishad Party. It is in the news after its members pelted stones and killed a policeman on duty at Ghazipur in the eastern part of the state a couple of hours after Prime Minister Narendra Modi addressed a rally in the area.

The Nishad community has been demanding reservations in government jobs. Is there anything new there? The Gujjars in Rajasthan, the Marathas in Maharashtra, the Patidars (Patels) in Gujarat, the Kapus in Andhra Pradesh and the Jats in Haryana are among those demanding job quotas in what I call post-Mandal politics. After a broad alliance of backward castes (technically known as Other Backward Classes in administrative language) managed to get quotas through the implementation of the Mandal Commission report in 1990, dissensions and rivalries within this category and those left out of the game but feeling backward in political terms, have been exercising their electoral muscle across India.

I confess I had not heard of the Nishad Party enough to have applied my mind, although it contested as many as 100 assembly seats in the last UP elections. Officially, the Nishad party describes itself as the derivative of an acronym: Nirbal Indian Shoshit Hamara Aam Dal. In effect, it represents boatmen and fishermen groups such as the Nishad, Bind and Kewat communities. There are also other parties in UP such as the Apna Dal (S) representing the Kurmis -- who are not high enough in the state but have a chief minister in Nitish Kumar in neighbouring Bihar.

In AP, actor Pawan Kalyan is leading the Jana Sena party. He does not associate himself with any caste, but he is identified with the Kapus on account of his birth. The Jana Sena is giving headaches to chief minister Chandrababu Naidu, which kind of explains why the CM is trying to assume a national role as a key mover-shaker in opposition efforts to dislodge Modi's BJP from power. Voters look kindly at regional leaders assuming national prominence, partly in pride and partly in the hope that a national win will result in more local gains.

For all practical purposes, the Patidar Anamat Andolan Samiti in Gujarat led by Hardik Patel is as good as a regional caste-based party, though it calls itself non-political. It played a major role in the Congress improving its show in the last state assembly elections.

A study in the respected Economic and Political Weekly on recent caste-based quota stirs concluded that the Jats, the Marathas and the Patels were "already closer to the upper castes than to the more disadvantaged groups in their respective states. Their anxieties seem to be based more on perception than on empirical evidence. "

We can't probably say that about the backward Nishads in UP, but relatively speaking the Kapus in AP and the Gujjars in Rajasthan are in the same league as the Jats and the Marathas, with their ambitions speaking the language of affirmative action based on backwardness.

The fact is that rural wages have shot up across India over the past two decades and hundreds of millions of people from formerly poor communities are looking beyond basic needs as they go to vote. Steady, influential government jobs are among their key demands. Rising literacy and the growth of media-based knowledge and smartphones are making them feel more empowered. The Vanniyars in Tamil Nadu were among the earliest OBC groups to discover their "backward" power when the Pattali Makkal Katchi was formed by Dr. S Ramadoss in 1989. The Lingayats in Karnataka, though relatively forward, are a de-facto political party who played a major role in the Congress retaining a measure of power in the state in assembly elections last year.

Whatever the detail, the writing is on the wall in the new year. While TV studio debates may centre around the Congress and the BJP, in the deeper game of electoral chess on the ground, you have to watch out for community leaders who will play a major role in shaping alliances and coalitions. They will also be spoilers in close contests in the first-past-the-post electoral system, with enough capacity to thwart someone's chance of victory even when they can't get a seat themselves. Mainstream parties try to co-opt, fool or break up smaller parties using their machinations through the media, money and manoeuvres. Some of it has already happened. More will happen in the coming days.

I expect backroom deals with backward groups taking the centrestage somewhere down the line in the new year. Watch out for some leaders who may look like jokers but can turn out to be heroes or villains as the world's largest democracy goes to the polls.