India needs tweaks to cover all challenges to its national security

India's budget for security - defence and internal security - need a serious rethink to expand their scopes. 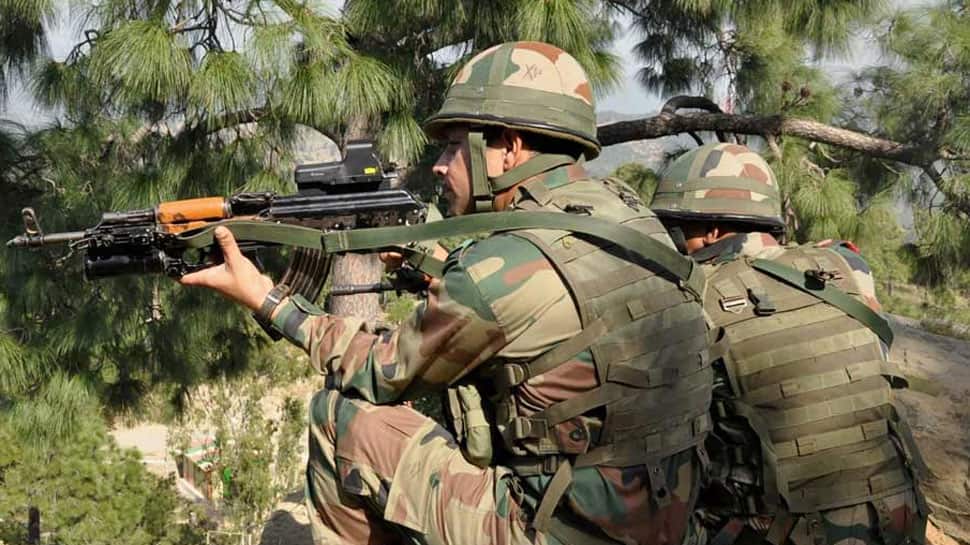 In the last week of April, I had the good fortune of attending a seminar on a subject close to my heart, and in which I had professionally engaged myself. It was a seminar on national security, counter-terrorism in the aftermath of Balakot, although this does not capture the actual title of the event.

The attendees were some of the finest veteran defence personnel, that included the Indian Air Force chief at the time of Kargil, Air Chief Marshal AY Tipnis (Retd), as the guest of honour. It was an excellent evening listening to the opening remarks of my favourite security expert, Maj Gen GD Bakshi (Retd), the keynote of ACM Tipnis, Air Marshal Anil Chopra (Retd), with whom I have had the fortune of being a co-panellist in media discussions, and security experts of media houses, who were also present. Overall, honestly, I came home a richer man, rich with perspectives, enlarged vision of activities that could impinge upon security.

This was followed by our friends in the media who are on security briefs. They highlighted the need for upping the ante on the perception war in addition to conventional strikes. It was emphasised by one about how after every story he receives friend requests from pretty women on social media, which would betray an hidden agenda. I was reminded of the case of Vishal Upadhyay, son of a brigadier, who became a gullible victim of social media trapping, and later got caught for espionage and is serving a sentence.

I had processed the prosecution sanction for this case, and so recall the entire facts. Similarly, I have already shared in the media how many bureaucrats, politicians, media personnel had been honey trapped and later blackmailed into compromising their positions, solemnizing nikah by girls who were actually call girls from Karachi, planted by the Pakistani ISI, etc. Hence, I felt it was a secondment of what I said.

Another gentleman from the media had also emphasised on the media disinformation being effected by Pakistan-sponsored groups deeply working in India. He explained the case of a Kashmiri student assembling his fellow students in a Bangalore college and seeking to play on alleged human rights violations in Kashmir and spread such falsehoods. Hence, it was unanimously suggested that we need to enlarge our counter-activities into the domain beyond the forces, like countering disinformation, cultivating social media warriors to put the truth, counter the false narrative of DGISPR of Pakistan Army, etc.

Pakistani ecosystem different
While agreeing with the suggestion of such persons with hands on exposure, I have certain observations to make. Firstly, the institutional structure in democratic India is different from Pakistan. Their ISI is subservient to the Army, chief of ISI is a Pakistani Army officer appointed by the Army, whereas our intelligence agencies are not subservient to any other force.

Their Army also has omnibus presence and power in governance, which is the not the case in India. In such circumstance, he Pakistan Army can appropriate to itself any proportion of available national resources. How even the Prime Minister is subservient to Army in Pakistan has already been dealt with in an earlier piece.

Budget for security defence as well as police grant
Indian democratic ethos and ecosystem cannot enable unrestricted resources for the defence budget. Not just that, how many of us know that Indian defence budget is just 1.5% of the GDP, with additional about 1% for under police grant, out of which only a small portion goes to paramilitary forces?

Even out of this in the MHA grant, a share is allotted to SPG and NSG - which are manifested with guarding he VIPs of the country - and the NIA, which is the post-operative investigative arm. Hence, for such media and social media initiative, there are no funds available in the present budget.

Having said that, there have even been cases where budgets made available for such contingencies have been used at the minister's behest in 2005, to revive some organisation that had gone defunct in 1953 in a bid to prove a narrative on terror the then-government was pursuing. These are facts which are true, and can be corroborated.

Hence, a conscious decision should be made to increase the budget on security for defence and police grant aggregated to a minimum of 5% of GDP. There is a need for raising the number air squadrons to 55 over the next five years, raising of new battalions in the Army and Central paramilitary forces, and introduction of fresh fleets in the Navy and Coast Guard.

Besides, upgraded training is also essential. No new cantonments have come up after Independence, and therefore, new cantonments and enclaves, air force stations need to be raised. The acquisition of state-of-the-art arms, air power and fleet power have to be taken up on war footing. All these need money.

Constitutional fine tuning
Further emphasis of the strategy should be pro-active and not reactive. We should not have to wait for Uri, Pathankot or Pulwama for retributive action. Based on intelligence inputs, we should go all out for pre-empting. For this, some constitutional modifications are required.

While law, police and public order continue to be under List II of State List of Schedule VII of the Indian Constitution, a new entry under List III Concurrent List should be introduced under the head of 'Counter Militancy/Terrorism/Naxalism'. This will empower the Central government in directly intervening in cases where state governments are not taking adequate action.

This had happened in the case of attacks on district courts in UP on 22.11.2007, where in spite of intelligence inputs being shared on three specific occasions, the state government did not take any action for political reasons, and avoidable multiple attacks occurred in Jaunpur, Lucknow and Varanasi. Even the German Bakery attack in Pune on 13.2.2010 could have also been averted if the Centre was empowered.

These are structural reforms, both in terms of empowerment and reinforcement of resource power that needs urgent attention.